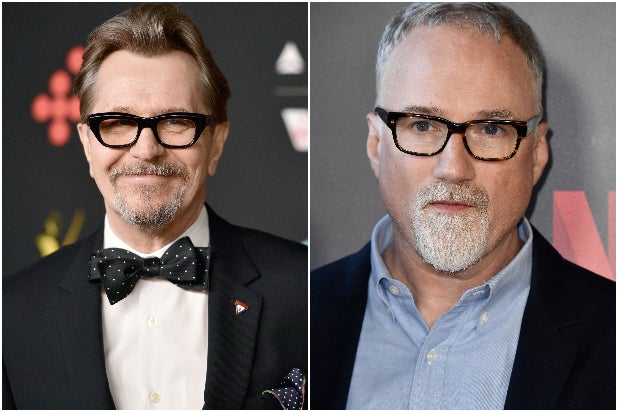 Gary Oldman is set to portray the co-writer of “Citizen Kane,” Herman Mankiewicz, in a biopic set up at Netflix, an individual with knowledge of the project told TheWrap. David Fincher will direct.

“Mank,” which was Mankiewicz’s nickname, will tell the story of the newspaper man-turned-screenwriter who co-wrote “Citizen Kane” with Orson Welles. The period biopic will be filmed in black and white, and Fincher plans to make it his next film. Fincher’s father Jack Fincher wrote the screenplay.

Cean Chaffin, a longtime producing partner of Fincher’s, will produce “Mank,” as will as “Darkest Hour” producer Douglas Urbanski.

Mankiewicz’s satirical and witty writing style was found to be an asset in Hollywood, and he was often called upon to touch up the screenplays of numerous other classic films from the ’20s and ’30s. His handiwork can be found on “The Wizard of Oz,” “The Pride of the Yankees” and “The Pride of St. Louis,” among many others. Mankiewicz also won an Academy Award along with Welles for his work on “Citizen Kane.”

Oldman won an Oscar for his work as Winston Churchill in “Darkest Hour.” He’ll next star in Steven Soderbergh’s “The Laundromat” with Meryl Streep. He’s represented by APA and Douglas Management Group.