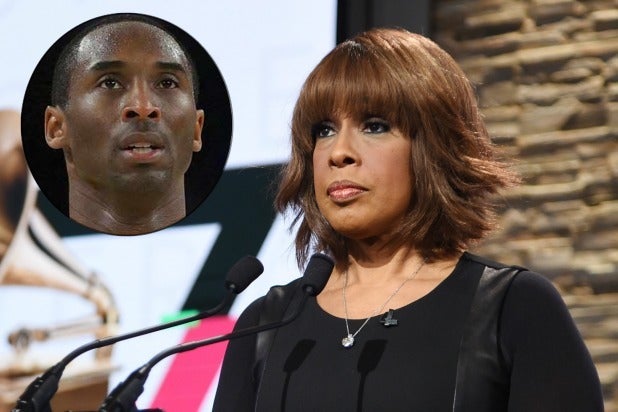 CBS News president Susan Zirinsky called death threats made against Gayle King “reprehensible,” after the “CBS This Morning” host was criticized and received death threats for asking about a sexual assault charge against Kobe Bryant in an interview.

“We fully support Gayle King and her integrity as a journalist,” Zirinsky told The Associated Press. “We find the threats against her or any journalist doing their job reprehensible.”

King interviewed basketball star Lisa Leslie Wednesday in which one of the many things they discussed was the late Kobe Bryant. But the clip that aired to promote the interview focused heavily on Bryant’s rape trial from 2003, in which King had asked Leslie if that news tarnished his legacy in her eyes.

Also Read: Gayle King Is 'Mortified' That Kobe Bryant Comments Were 'Taken Out of Context:' 'I'd Be Extremely Angry With Me, Too' (Video)

The moment sparked outrage from stars like Snoop Dogg and Vivica A. Fox, as well as many others on Twitter who said King was being opportunistic in the wake of Bryant’s death.

King said she was “mortified” and “very angry” about the focus of the clip.

“I’ve been up reading the comments about the interview I did with Lisa Leslie about Kobe Bryant, and I know that if I had only seen the clip that you saw, I’d be extremely angry with me, too,” King said in an Instagram video. “I am mortified. I am embarrassed and I am very angry. Unbeknownst to me, my network put up a clip from a very wide-ranging interview — totally taken out of context — and when you see it that way, it’s very jarring. It’s jarring to me. I didn’t even know anything about it.”

Also Read: Oprah Chokes Up Over Gayle King's Interview Backlash: 'She Is Not Doing Well'

CBS News responded Thursday to King’s criticism of the poorly edited clip, saying in a statement that the excerpt that was posted “did not reflect the nature and tone of the full interview,” adding that the network is “addressing the internal process that led to this and changes have already been made.”

But Friday morning, Oprah Winfrey appeared on “Today” and choked up as she said that King was “not doing well, because she has now death threats and has to now travel with security and she’s feeling very much attacked.”

“I’m a non-violent person. When I said what I said, I spoke for the people who felt that that Gayle was very disrespectful toward Kobe and his family,” he said. “I didn’t want no harm to come to her, I didn’t threaten her.”

He added: “We speak from the heart. Some of you who have no heart don’t understand that.”