A handful of entertainers have left Hollywood for capital cities big and small, but George Clooney has no plans to join them.

He was asked if he has political ambitions during an appearance on the BBC to promote his new movie, “The Tender Bar,” and responded, “No, because I would actually like to have a nice life.”

He went on, “I turned 60 this year and I had a conversation with my wife and we were working a lot, as we both do, and I said, ‘We have to think of these as the halcyon years.’ In 20 years, I will be 80 and that’s a real number. Doesn’t matter how much you work out, what you eat — you’re 80. So I said we have to make sure we enjoy and live these years in the best possible way.” 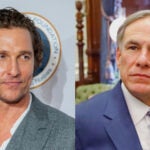 Although he won’t pursue politics in his professional life, Clooney didn’t shy away from discussing them in the interview. As a long-time supporter of President Joe Biden, the actor and director shrugged off the topic of the president’s low poll numbers.

“It’s like taking a battered child and thinking everything’s going to be OK his first day in school. There’s a lot of things that have to be repaired, there’s a lot of healing that has to happen, and its going to take time,” he said, explaining his belief that 10 months into his presidency, Biden is still helping the country recover from the administration of former president Donald Trump.

Clooney also called Trump “a knucklehead” and revealed they’d known each other before Trump went into politics.

“He was just a guy who was chasing girls. Every time you went out he’d be like, ‘What’s the name of that girl?’ That’s all he was,” Clooney recalled.