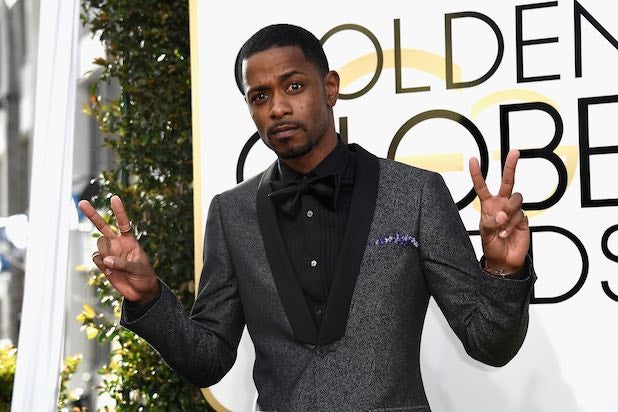 “Get Out” breakout star Lakeith Stanfield has joined the cast of Sony’s “The Girl in the Spider’s Web,” TheWrap has learned.

Stanfield’s role is being kept under wraps. The film will commence production this month in Berlin and Stockholm, and will be released on Oct. 19, 2018.

The screenplay is by Steven Knight and Fede Alvarez & Jay Basu, based on the global bestseller written by David Lagercrantz. Amy Pascal and Elizabeth Cantillon will join Scott Rudin and Yellow Bird in producing the franchise’s new film. David Beaubaire  is overseeing for the studio.

“The Girl in the Spider’s Web” is the fourth installment of the “Millennium” series of crime novels featuring Lisbeth Salander. The original novels were written by Stieg Larsson, who died of a heart attack in November 2004, and this was the first book not to be written by him.

“The Girl in the Spider’s Web” will also be the first in the best-selling series to be produced into an English-language film in its initial adaptation. The previous books in the series have been adapted into Swedish-language films, and “The Girl with the Dragon Tattoo” was a remake of the Swedish film. Starring Daniel Craig and Rooney Mara, it became a global hit for Columbia Pictures, taking in over $230 million worldwide.

Stanfield has been on a roll with a series of high-profile supporting turns — from playing Snoop Dog in “Straight Outta Compton” to civil rights martyr Jimmie Lee Jackson in “Selma,” and Logan King in Jordan Peele’s monster horror hit “Get Out.”

He is repped by CAA and Colin Stark at Stark Management.