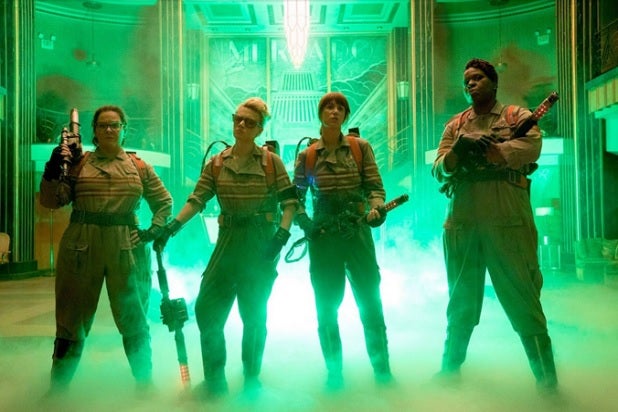 “We are meaningfully stepping up our level of production, while creating an environment that fosters the best talent,” SPA President Kristine Belson said in a statement. “Our goal is to enlarge our presence in the animation landscape with a uniquely diverse slate, and our strategy to get there is to let artists drive the movies creatively.”

“Hotel Transylvania: The Series” is targeted for a 2017 premiere. The animated television series, produced in partnership with Corus Entertainment’s Nelvana, will focus on the teenage years of Mavis, Dracula’s daughter, and her friends. It will be airing on the Disney Channel worldwide.

Also Read: Old 'Ghostbusters' Team Up With New Cast on Kimmel: 'These Girls Were Funny' (Video)

“Ghostbusters: Ecto Force” will further expand the Ghostbusters cinematic universe and focus on a new generation of “Ghostbusters” in the year 2050 who capture ghosts around the world with help from local teams. The younger-skewing Sony Pictures Animation project is being creatively spearheaded by Ivan Reitman and his production company Ghost Corps. The series is expected to premiere in 2018.

On SPA’s film slate, the studio confirmed Phil Lord and Christopher Miller‘s animated take on “Spider-Man,” which will be released on December, 21, 2018, and “Emojimovie: Express Yourself,” set to be released in August 2017.