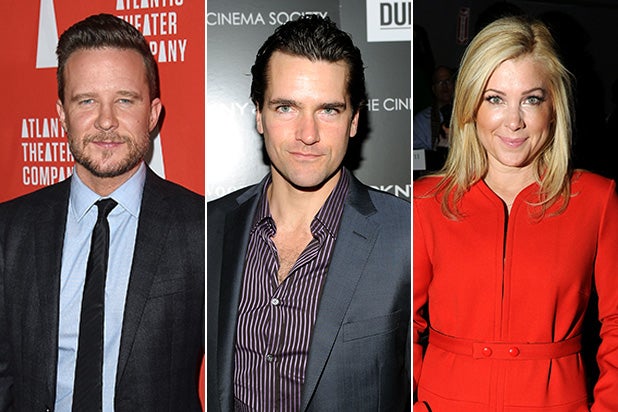 Will Chase, Jackson Hurst and Jennifer Aspen recur in the Amy Adams series, which follows reporter Camille Preaker as she returns to her tiny hometown, fresh from a brief stay at a psychiatric hospital, to cover the murders of two preteen girls.

Chase will play Bob Nash, the hot tempered father of Ann Nash, Wind Gap’s first murder victim. He’s estranged from his wife, supporting his three other kids, and it has taken its toll on him.

Hurst will play Kirk Lacey, a man with big dreams who got stuck in his small town. A place which reminds him of his futility, and a shameful incident from his past.

Aspen will play Jeannie Keene, the mother of John and Natalie Keene. Her decision to move from Philadelphia to Wind Gap has proven disastrous — her husband has left, her daughter is missing, and her only son is rumored to be the prime suspect.

Marti Noxon is acting as showrunner and writer, with Jean-Marc Vallée (“Big Little Lies”) directing every episode. Flynn will write multiple episodes of the series.

Entertainment One is the studio. Jason Blum, Charles Layton and Jessica Rhoades for Blumhouse Productions will all act as EPs, along with Vallee, Adams, Flynn and Noxon. Blumhouse first optioned “Sharp Objects” in 2011.