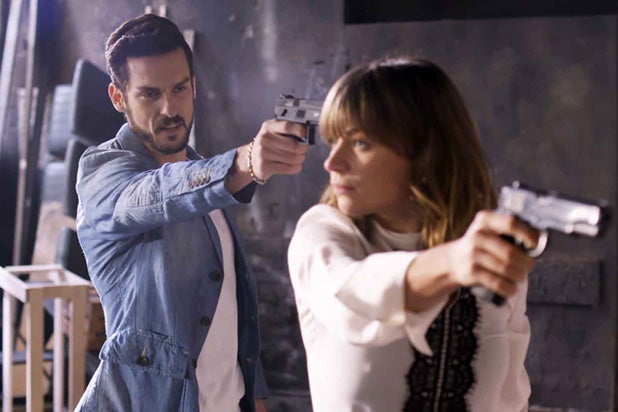 The report, titled “Still Invisible / Todavía Invisibles,” counted just 19 LGBTQ characters across all of primetime on Telemundo, Univision and UniMas. With 698 characters in total, that’s about 2.7 percent, and steady with last year’s finding of 14 out of 516 characters.

Worse, the study found that nearly a third of those non-straight characters were killed off on their respective shows.

“Despite the opportunities that come from more original productions, competition from popular streaming services, and increasing cultural push from audiences to see more of their world reflected in scripted television, producers have failed to pay attention to their audiences and expand the inclusive representation that Latinx audiences seek in both English and Spanish,” GLAAD President and CEO Sarah Kate Ellis wrote in her introduction to the report.

Last month, GLAAD’s 22nd annual “Where We Are on TV” found a record-high number of LGBTQ regulars across primetime scripted series on broadcast, cable and streaming TV outlets. For the 2017-18 season, the report counted 58 series regular LGBTQ characters of 901 in total (6.4 percent).

Thursday’s “Still Invisible” report also criticized Spanish-language television for the storylines LGBTQ characters were given this year. Many of the characters were either found to be in the closet, given storylines solely about coming out or in service of other (straight, cisgender) characters, or used as comic relief.

According to the report, six of the 19 LGBTQ characters were killed off, “although not directly because they were LGBTQ.”

“It remains troubling that producers cannot imagine a way for LGBTQ characters to have successful relationships, families and/or success in business the way the heterosexual and cisgender characters do in the same programs,” the report said.

It continued, “Series which did include LGBTQ characters too often depicted storylines that showed those characters, mostly gay men, hiding their orientations or not able to experience whole and healthy relationships that straight characters explored quite freely. Further, these characters were still not representative of the racial, ethnic diversity of the Latinx community, nor were scripted programs sufficiently inclusive of characters with disabilities.”