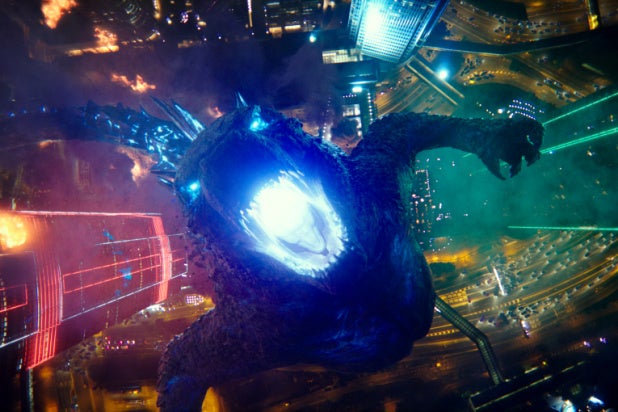 “Godzilla vs. Kong” is proving to be a glimmer of hope in Hollywood, as the film opened to $9.6 million in U.S. theaters on Wednesday, breaking the pandemic box office record.

The Warner Bros./Legendary film opened at 2,409 locations and will expand to 3,064 screens this weekend. It also received an “A” cinemascore.

“Godzilla vs. Kong” opened in 38 countries last weekend ahead of its U.S. release, and earned a strong $121.8 million opening, including $70.3 million in China. The crossover film is still a welcome title for tens of thousands of theaters around the world that are looking for a larger-than-life blockbuster to bring audiences back. IMAX is reporting its best weekend for a Hollywood film since the release of “Star Wars: The Rise of Skywalker” in December 2019, with “Godzilla vs. Kong” grossing $12.4 million from 891 IMAX screens globally.

Also Read: Does 'Godzilla vs Kong' Have a Post-Credits Scene?

While this is a big step forward, there’s still plenty of pandemic-related obstacles facing Hollywood blockbusters. The coronavirus continues to keep major markets in Europe and South America shut down, with countries like France, Poland and Italy still under lockdown orders because of infectious variants, and Brazil’s daily death rate topping 3,500 in the past week. The global struggle to get the virus under control and reopen theaters is believed to be a major reason why Disney chose to move the release of “Black Widow” from May 7 to July 9, 2021.