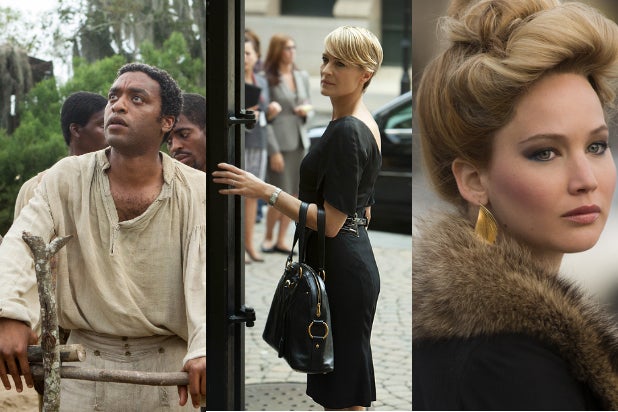 The Hollywood Foreign Press spread the nomination love even more than usual this year, giving nods to a wide swath of 2013’s best television series and films. “12 Years a Slave” and “American Hustle” split top film honors with seven nominations apiece in the drama and comedy or musical categories, respectively. Last year’s race saw heavy hitter “Lincoln” standing alone at the top with seven nods, followed by two films with five each.

On the TV side, HBO dominates the networks with nine nominations. But newcomer Netflix makes an impressive first showing just behind with six – the first time an internet-only service has received any Golden Globe nominations, let alone so many.

Here is the breakdown of nominations by film and distributor and by TV series and network.

Also Read: The Golden Globes Big Shock: They Got it Right

Roadside Attractions – 2
“All is Lost”

Sundance Channel – 2
“Top of the Lake”