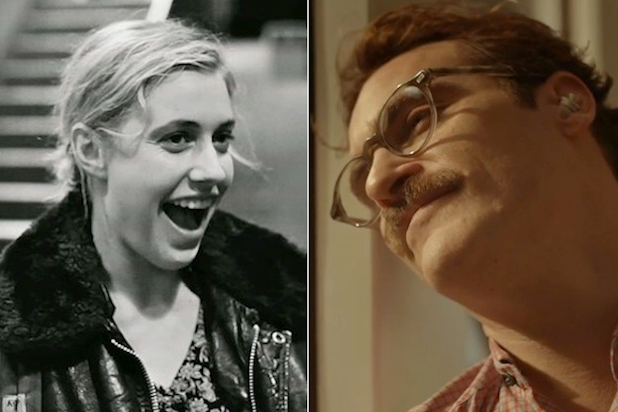 A scandal-free, un-embarrassing set of Golden Globes nominations? Where’s the fun in that?

Worthy contenders in most categories? How boring.

It’s a time-honored Hollywood pastime to make fun of the Hollywood Foreign Press Association’s annual choices as soon as they’re announced, and one we’ve certainly engaged in with relish in these quarters.

But Thursday’s nominations were thoroughly respectable. With seven nominations for Steve McQueen’s “12 Years a Slave” and David O. Russell’s “American Hustle,” with a better-than-expected showing for Spike Jonze’s “Her” and solid returns for Alexander Payne’s “Nebraska,” Paul Greengrass’ “Captain Phillips,” Alfonso Cuaron’s “Gravity” and the Coen brothers’ “Inside Llewyn Davis,” Globes voters have nothing to be embarrassed about.

Yes, they had a few favorites that don’t line up with the rest of the critical consensus, lavishing more love on a pair of Weinstein Company films, “Philomena” and “Mandela: Long Walk to Freedom,” than most others had.

(For Weinstein, though, the HFPA giveth and the HFPA taketh away: The company’s “Lee Daniels’ The Butler,” which got some big SAG nominations on Wednesday, was shut out entirely.)

Yes, two of the most sure-handed and emotionally affecting independent films of the year, “Fruitvale Station” and “Short Term 12,” were left out, an injustice that the Screen Actors Guild also dished out to the two films on Wednesday.

Yes, they loved Ron Howard‘s “Rush” and Stephen Frears’ “Philomena” – but HFPA watchers knew for weeks that they’d responded to those films, whose appearance in the Motion Picture – Drama category hardly came as a surprise.

And yes, they went celebrity-happy in the Best Original Song category, where two songs integral to their films – “Let It Go” from “Frozen” and “Please Mr. Kennedy” from “Inside Llewyn Davis” – were joined by songs by U2 (“Ordinary Love” from “Mandela”), Coldplay (“Atlas” from “The Hunger Games: Catching Fire”) and Taylor Swift (“Sweeter Than Fiction” from “One Chance”).

In the downsized animated feature-category, which they decided to reduce from five nominees to three, they went with a trio of big-studio films — Disney’s “Frozen,” DreamWorks Animation’s “The Croods” and Universal’s “Despicable Me 2” — but couldn’t recognize Hayao Miyazaki’s “The Wind Rises,” which has won most critics’ awards but which, as a foreign-language film, isn’t eligible for other Globes categories.

So instead, they nominated Miyazaki’s film in the foreign-language category, where its competitors include the year’s most acclaimed foreign film, “Blue Is the Warmest Color,” which isn’t eligible in the comparable Oscar category.

But really, the oddities were secondary to the pleasure of seeing “Her” pop up in the musical/comedy picture, actor and screenplay categories, or seeing Greta Gerwig gain her first awards recognition for “Frances Ha.”

The Globes voters deserve credit for the choices they made on Thursday – though it’s also fair to note that if ever a year were designed to make the HFPA look good, 2013 was it.

Not only did the year provide enough top-notch films to fill the Golden Globes’ 10 best-picture slots, but those films were fairly evenly divided between dramas and movies that could at least reasonably pass as comedies.

That range helped neutralize the Globes’ Achilles Heel, the comedy/musical categories. That’s where questionable films like “The Tourist,” “Burlesque” and “Red” have ended up with nominations in the past, where dramas and action movies and second-rate comedies have been awkwardly shoehorned, and where the Globes’ star quotient has risen as its credibility has fallen.

But this year was full of strong work that blurred the boundaries between drama and comedy. You could make a case that “American Hustle,” “The Wolf of Wall Street,” “Nebraska,” “Her” and “August: Osage County” were comedic enough to qualify, and that “Inside Llewyn Davis” has enough musical numbers (and maybe even enough black humor) to fit as well.

So Thursday’s musical-or-comedy categories were in fact a treasure trove rather than a laughingstock.

How disappointing for the HFPA-bashers who like to point out that the Globes are essentially a campaign stop, not a legitimate awards show – shiny baubles handed out by a group whose critical acumen has long been suspect and whose clout is due entirely to the fact that their show has been around for a long time and gets a good TV rating.

Under new president Theo Kingma, the HFPA has been on a quest to become a more credible organization. But it’s one thing to do interviews with newsmakers like Julian Assange, and another to curb a decades-old tendency to nominate suspect work from big names who have either pampered the group’s members or who will bring the appropriate amount of glamour to the awards show that gives them their clout.

For the most part, Globes voters did that on Thursday.