“Precious: Based on the Novel ‘Push’ by Sapphire” wins the “people’s choice” award at Toronto, that festival’s top prize. As opposed to winning that other People’s Choice Award, this one might remotely have some bearing on the Oscars. “Precious” is now the first film to win the top audience awards at both Sundance and Toronto … although, just to confuse things, it won at Sundance under the title “Push.” (IndieWire) 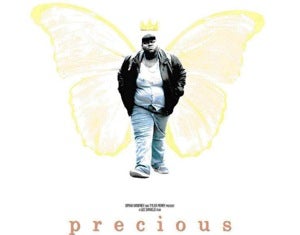 Vartiety decides that Toronto was good for awards buzz, and has been since “American Beauty” in 1999.

With little more than a week to go before the October 1 deadline, more countries are announcing their picks for the foreign-language category.

India picks “Harishchandrachi Factory,” a movie about the making of a movie in India. (Business Standard)

Belgium picks “The Misfortunates,” which deals with a 13-year-old in a house of “drunks, gamblers and womanizers.” (Variety)

Brazil picks “Salve Geral (Save General)” a true story based on the wave of attacks a Brazilian criminal organization made on various Sao Paolo targets in 2006. (Screen Daily)