In a statement to TheWrap, the company said, “In light of the extraordinary circumstances, we’re pausing Google ads in Russia. The situation is evolving quickly, and we will continue to share updates when appropriate.”

This update to stop ad sales applies to Russian state-funded publisher sites, apps, YouTube channels and advertisers, Google told TheWrap. In addition, Google previously added a Sensitive Event update that blocks ads related to the conflict and that are trying to “take advantage” of the situation. 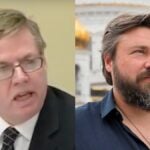 As public anger grows and more countries announce sanctions against Russia following its unprovoked invasion of Ukraine, more companies are suspending business and partnerships with Russian companies and individuals. Twitter and Snap have also paused their ad sales in Russia and neighboring markets following Russia’s invasion into Ukraine. Earlier this week, Snap stopped sales to “Russian and Belarusian entities” and said the move will not impact Snap’s business as it continues to operate the app in those countries.

“This builds on our indefinite pause of monetization of Russian state-funded media across our platforms, meaning media outlets such as RT are not allowed to monetize their content or advertise on our platforms,” Kent Walker, president of global affairs at Google, said in a post. 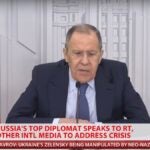 A Russian communications regulator ordered Google on Thursday to stop showing ads that contain false information about Ukraine, per The Wall Street Journal.