Google has announced it will delete sensitive user location history — most crucially, including data related to visits to abortion clinics, domestic violence shelters and addiction treatment centers — beginning in the next few weeks.

Jen Fitzpatrick, a senior vice president at the tech company, wrote in a blog post that “if our systems identify that someone has visited one of these places, we will delete these entries from Location History soon after they visit.”

Another change to be implemented soon and concerning reproductive health is an update to Google Fit and Fitbit, which will soon allow users to delete multiple menstruation logs all at once, as opposed to individually. 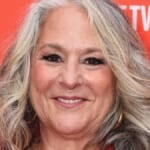 The announcement comes one week after the Supreme Court overturned Roe v. Wade in a 6-3 vote — 5 justices voted outright to overturn Roe, while Chief Justice Roberts concurred with their decision upholding a draconian Mississippi anti-abortion law but suggested he would have avoided outright ending Roe — prompting more than a dozen states to begin the process of banning abortions, and in some cases, making it a criminal penalty to receive or provide one. Supporters of the reproductive rights gutted by the decision have noted that with the exception of Clarence Thomas, the justices who voted to overturn Roe were all appointed by presidents who lost the popular vote.

In the wake of the seismic decision, many social media users advocated to delete period tracking apps for privacy and security measures, though the New York Times reported that other digital data — such as search history for abortion pills or texts to friends — could be used for surveillance.

Google, among other data-driven conglomerates, has been under fire for collecting user data and digital surveilling. In her post, Fitzpatrick said the company continue “delivering robust privacy protections for people who use our products, and we will continue to look for new ways to strengthen and improve these protections,” in addition to “pushing back” or objecting to law enforcement demands for data. 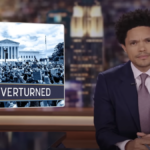