Ever have the desire to live like Big Edie and Little Edie from “Grey Gardens”?

First of all, you should probably rethink your priorities. Secondly, the chance may soon be yours! If you have about $20 million to spare.

The East Hampton home featured in the 1975 documentary “Grey Gardens” has gone on the market, according to real estate firm The Corcoran Group. The asking price? $19,995,000.

For those who’ve seen the film and wondered why  place that was in such extreme disrepair is going for such a lofty price, rest assured — it’s been renovated. 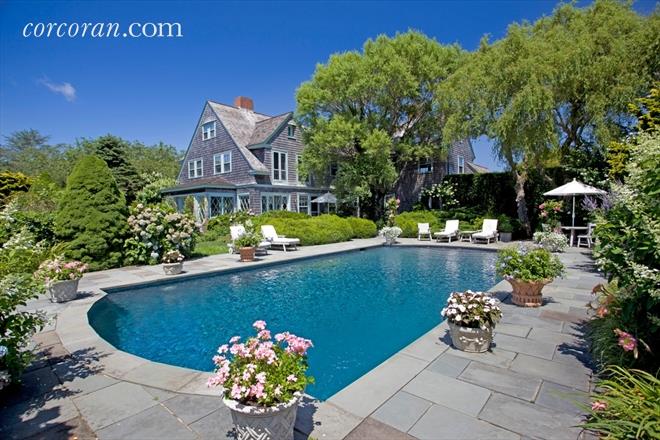 “This is a rare opportunity to own an iconic property in one of the most coveted locations in the Hamptons. Known as Grey Gardens this stunning estate is full of history and one of the few remaining original shingle homes South of the Highway,” the online listing posted by The Corcoran Group reads, noting that the property “has not been available for sale in decades.”

For $20 million, more or less, you’d be getting seven bedrooms and six-and-a-half bathrooms, “and plenty of spaces for year-round entertaining.”

The property was renovated by Washington Post columnist Sally Quinn and her husband, Post executive editor Ben Bradlee, after they purchased it in 1979.

The documentary “Grey Gardens” focused on Edith Ewing Bouvier Beale and Edith Bouvier Beale —  Jackie Kennedy’s aunt and cousin, respectively —  who lived out their days in the titular residence as it fell into squalor and disrepair.

The documentary was adapted into a stage musical in 2008, and an HBO film starring Jessica Lange and Drew Barrymore in 2009.