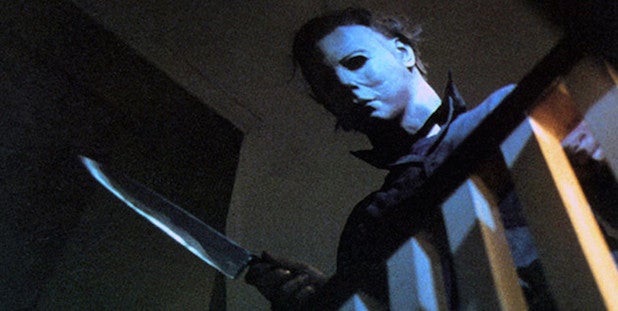 Michael Myers, aka The Shape, will return in “Halloween Returns,” which Marcus Dunstan will director for Dimension Films and Trancas International Films, the companies announced Monday.

Dunstan previously directed the clever genre movie “The Collector” and co-wrote several movies in the hit “Saw” franchise with Patrick Melton. The duo also wrote the script for “Halloween Returns,” for which plot details were not immediately available.

Malek Akkad will produce the horror movie, while Matthew Stein will serve as executive producer. Dimension Films executives Matthew Signer and Keith Levine will oversee the project for the studio.

Michael Myers last appeared in Rob Zombie‘s two “Halloween” movies, after which he was given a much-needed break from the big screen.

“Michael Myers has taken a long break from the big screen and we know fans are eager to see him return. We are excited to be back in business with Trancas and look forward to bringing one of the scariest installments of this classic franchise to audiences worldwide,” said Bob Weinstein, co-chairman of the Weinstein Company and Dimension Films.

“The legacy of Halloween is something that Trancas is very proud of, and I look forward to working together again with Bob and Dimension to continue that tradition,” added Akkad.