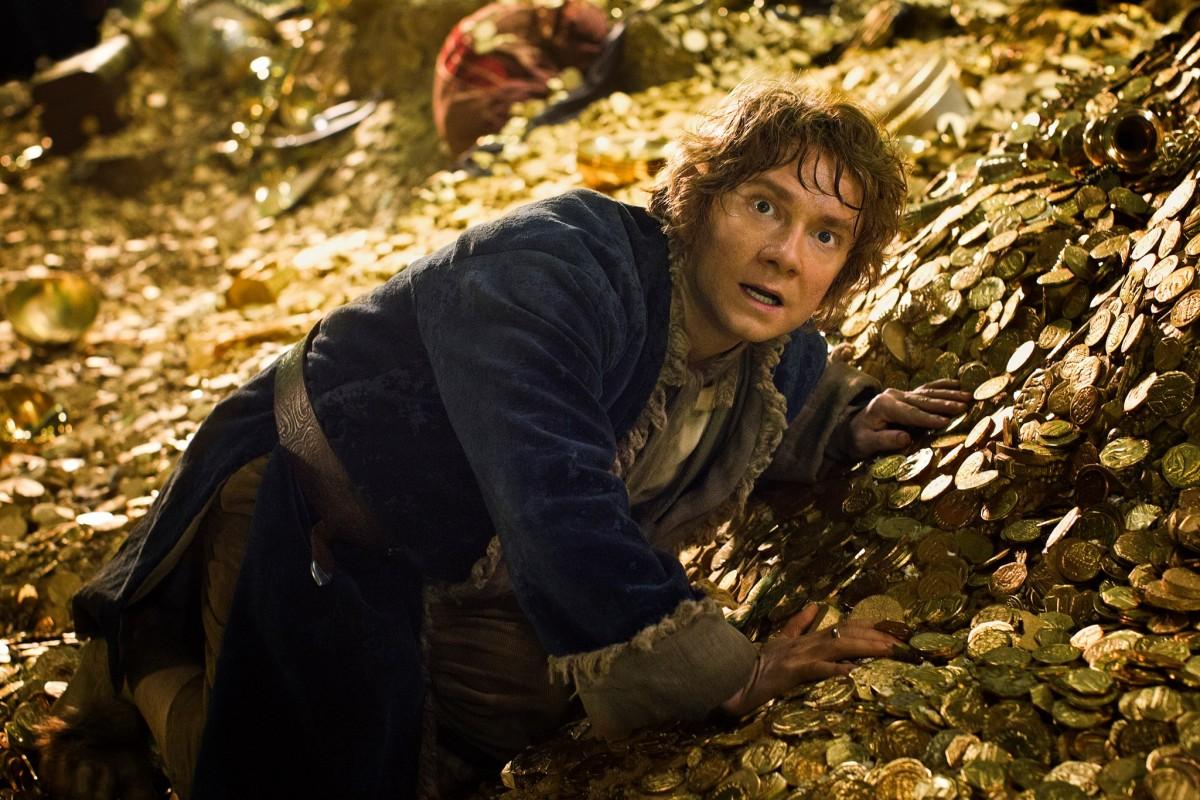 If “The Hobbit: An Unexpected Journey” was a single-serving tribute to the fans of the J.R.R. Tolkien book that inspired it, its follow up, “The Desolation of Smaug,” offers a nod to the uninitiated moviegoing audiences that made a prequel trilogy possible.

minutiae of the first installment (or maybe just having used all of it up) Peter Jackson creates a rousing, immersive sequel that offers the same sort of sweeping action — and more crucially, emotional engagement — that helped the “Rings” films become a cultural phenomenon, regardless whether or not you were familiar with the source material.

Picking up more or less immediately where the last one left off, Bilbo Baggins (Martin Freeman) and the band of dwarves led by would-be king Thorin (Richard Armitage) continue their journey to the Lonely Mountain. On the run from Azog (Manu Bennett), an Orc with a bloodlust for Thorin’s head, they flee into Mirkwood, where they are attacked by giant spiders until elves Legolas (Orlando Bloom) and Tauriel (Evangeline Lilly) intervene and subsequently imprison them.

Despite long-unresolved animosity between most dwarves and elves, Tauriel discovers an unexpected bond with one of them, Kili (Aidan Turner), even as Bilbo plots an escape. Advancing closer to the Lonely Mountain with the help of a boatman named Bard (Luke Evans), Thorin hurries the group toward their destination, hoping to unlock its secrets and restore him to the throne. Meanwhile, Gandalf (Ian McKellen) visits Dol Guldur to get a closer look at the mysterious Necromancer (Benedict Cumberbatch), only to discover an army forming to unleash the latter’s evil upon Middle Earth.

While the specificity of these destinations probably doesn’t mean much if you’re unfamiliar with Tolkien’s book — admittedly, I had to look a few of them up even after watching the film — Jackson unveils the second chapter in his trilogy with a clarity that should restore fans’ faith in his storytelling. As compelling as its mythology was, the “Lord of the Rings” films really found their footing when they uncovered the universal, relatable emotions that the characters experienced, and then applied that to the story and the action.

Where the first “Hobbit” was an expository slog that, quite frankly, failed to distinguish the dwarves from one another in the way it hoped to, this one narrows its focus on the “important” ones – Thorin and Kili – and establishes stakes that make us care as the rest of them fill in the background.

Additionally, Jackson (with co-writers Fran Walsh, Philippa Boyens and Guillermo del Toro) creates a new character especially for the series, Tauriel, who might seem like one too many – especially given the indistinguishability of the dwarves. As it turns out, Tauriel gives the film an emotional core that reminds the audience that, even among dragons and elves and Orcs and dwarves, all of their feelings are completely human.

Of course, Jackson also stages the action in the film with considerable flair and imagination, creating in “Smaug” some of the best set pieces of any of his Tolkien adaptations. The centerpiece barrel chase is by far the most thrilling of these sequences, in which the dwarves flee their elven captors only to encounter Orcs, but in all of them Jackson finds time to include character details – such as the elf-hating Thorin saving Legolas’ life – that enhance their dramatic impact.

Then of course there’s Smaug himself, a spectacularly-rendered creature with more than enough gravitas to give this film’s final act real impact. In fact, the film’s only real shortcoming is its acquiescence to middle-chapter-itis; like “The Hunger Games: Catching Fire,” “The Desolation of Smaug” ends abruptly at the exact moment when you most want to see what happens next.

Nevertheless, it’s triumphantly engaging in a way that rivals Jackson’s magnificent “Two Towers” — and best of all, it makes you eager to see the next film in a way that “The Hobbit: An Unexpected Journey” didn’t. Powerful and provocative, “The Desolation of Smaug” not only surpasses its predecessor but also stands on its own; where “Journey” took material audiences thought they knew and made it feel foreign, this one creates a uniquely original experience that also feels securely familiar.