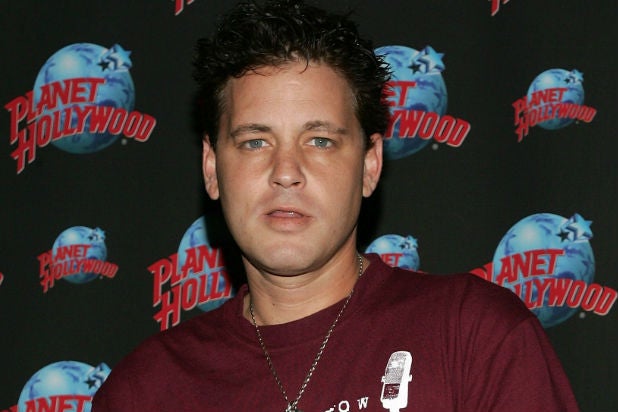 Forget Brad and Angelina — a much more sinister tabloid headline has captured Hollywood’s attention this week, and inspired grim, rampant speculation about whether a famous actor repeatedly raped a now-deceased child star.

Radar Online last week published a bombshell report claiming to know the identity of a beloved male star who sexually abused an underage Corey Haim in the prime of his career. Haim died at age 38, of pneumonia, in 2010.

The publication is not naming the alleged attacker. The report, commonly referred to as a “blind item,” contends that the widely known entertainer and family man used his influence to commit the horrific acts — all part of a wider ring of alleged Hollywood pedophilia that Radar has been investigating for four years.

“The individual — a household name and revered by millions around the globe — had systematically abused him as a young boy, both on-and-off set, in their trailers and at parties attended by other A-List actors, Haim told friends,” the report reads.

Every corner of Hollywood has been sharing the story, and speculating wildly. One top agent who connects actors with brand endorsements said she “wouldn’t sleep” until she uncovers the person’s identity. Long email threads are bouncing between talent reps, managers, journalists and production companies.

One talent agent compared the fever pitch to a “mini ‘Making a Murderer.'” It’s not the most tasteful game to play, but the mystery is mixed with both horror and intense concern.

“Blind items are like a game of ping pong, you bat it across the other side and you see what bounces back. This story has got a lot of bounce,” said Dylan Howard, vice president and chief content officer of Radar Online’s  owner, American Media.

“Many people are coming forward to us with new information, and that’s beneficial for us to investigate. Any investigative reporter worth his weight in salt would want to name the predator at the heart of this story, but there are challenges to a story like this.”

He added: “They are not insurmountable.”

Haim’s friend and former costar Corey Feldman echoed the late actor’s allegations of rape as a minor and claimed to be a victim of the same ring of well-connected abusers.

“For a number of years both Haim and Feldman had discussed abuse at the hands of sexual predators … it was easy to dismiss or cast aside based on their own self-admitted drug use. However, what is apparent is that there’s enormous credibility behind the accusations,” Howard said.

The editor offered no timeline on when the publication might give the name of the alleged assailant.