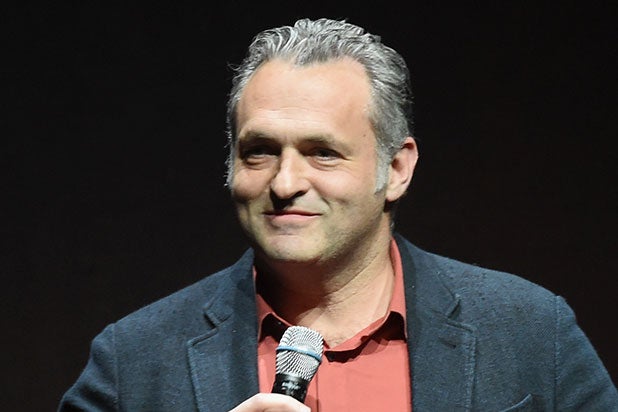 Fresh off  of “Hotel Transylvania 2’s” $48 million debut this past weekend, director Genndy Tartakovsky is thrilled that the animated film broke the record for biggest September opening.

But while the Sony sequel’s lucrative opening almost guarantees an as-yet unannounced third installment, Tartakovsky told TheWrap that he won’t be returning to direct it.

“‘Hotel Transylvania 3’ is going to happen without me,” he said. “Two is enough. I have a lot of other ideas, and I kind of have to express them and have them come out.”

Tartakovsky’s comments are surprising, as both films starring Adam Sandler, Kevin James, Selena Gomez, Steve Buscemi and David Spade have grossed an estimated $200 million thus far domestically, and the sequel has been in release a total of four days. But Tartakovsky wants to focus on other projects, such as the animated film “Can You Imagine?”

In March, the director made headlines when he exited Sony’s “Popeye” reboot, citing a studio vision for the film that was incompatible with his own.

The Russian-born American animator told TheWrap what really compelled his departure from the film, and discussed the challenges of making “Hotel Transylvania 2” with Adam Sandler.

TheWrap: Why do you think the sequel to “Hotel Transylvania” was so successful?
Tartakovsky: Number one, it’s a family film, but also the timing was great, and really there was a lot of good will from the first one. People liked it, it was fun, and people didn’t take it too seriously. We live in a dark world and it’s a nice break from that — people wanted to laugh.

What explains the sequel’s smaller budget?
We were able to reuse all of our main cast and not rebuild them, so there was a big saving from resuming the old characters, although we had to upgrade them to a new computer system. We were pretty fast — we started the movie in 2013 and we delivered in 2015. That’s really short for an animated film. Usually it takes four years.

What were some challenges you faced in the sequel?
Making a sequel is always difficult. Right away, you have something that was successful and now you have to make sure you aren’t going to ruin it.

Collaboration is great, but sometimes collaboration is hard. You see it one way, but [writers] Adam [Sandler] and Rob [Smigel] see it another way. You have a lot of people with a lot of say and power and sometimes that makes it more difficult. We also re-did the story a bunch of times to get it right.

What happened with “Popeye?”
We made a version that we were happy with, and the studio didn’t like that version. It’s still a mystery for me that they didn’t like that version. They wanted to do “Popeye” for the brand recognition and I loved the character and grew up with it, so there was a tug of war. They wanted it really updated, and I can only update it a little before it isn’t “Popeye” anymore. To be truthful, it was in the middle of the Sony hack and the studio was really struggling. It was just really bad timing.

Did you try something new with this film?
We tried to push [the animation] even more in this one. One of the things people liked in this franchise is that it has silly animation, so we continued to push that. Besides that, we just tried to do it better and smarter.

What was it like working with Adam Sandler?
Adam is very, very funny — whenever he is in the room everyone is laughing. The other side of it is, animation is my life and my industry, and for Adam to come from a live-action perspective, sometimes those two things don’t meet. Sometimes it’s challenging, and I’m always looking for humor from a physical side, but sometimes his humor leans more to the vocal side of things. It’s part of being a director.”