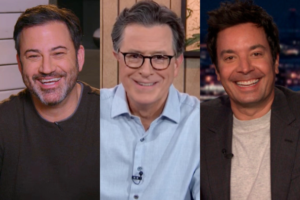 Over its four decades in business, the Midwestern-based video rental chain Family Video had to deal with changing tastes, recessions and the rise of digital media. But like a lot of businesses in the last year, America’s last surviving video chain finally met its match with COVID-19.

Founded in Springfield, Ohio, in 1978, Family Video operated 800 stores at its peak. But earlier this month, parent company Highland Ventures announced that Family Video would begin the liquidation of its remaining stores, offering deals on “DVDs, Blu-rays, Popcorn, The Sour Patch Guy, Gumball Machine, Shelves and everything else.”

With its announcement, the company included a boast worth keeping in mind: “Surviving 10 years longer than the big 3, Blockbuster, Movie Gallery and Hollywood Video.”

So how exactly did Family video outlive its three biggest competitors but also survive in the digital streaming age? The answer is real estate — an aspect of the operation that distinguished it from its biggest competition.

Blockbuster, which had as many as 9,000 locations in the late 1990s before filing for bankruptcy in 2010, desperately tried to renegotiate its leases as consumers shifted to streaming — to no avail. “When business started to shrink, they were stuck with these big leases they couldn’t afford,” David Paiko, vice president of home entertainment for Rentrak, said in 2015. “There were Blockbuster stores, some of them even best performers, but Blockbuster had to close them because they couldn’t renegotiate the lease to be favorable.”

That wasn’t the case for Family Video, which also happened to be in the real estate business and owned almost all of its locations. “We own almost all of the property we operated Family Video stores out of,” Derek Dye, Senior Brand Manager for Family Video, told TheWrap via email. “Our overhead was much lower than Blockbuster, who had to pay a premium rent each month.” 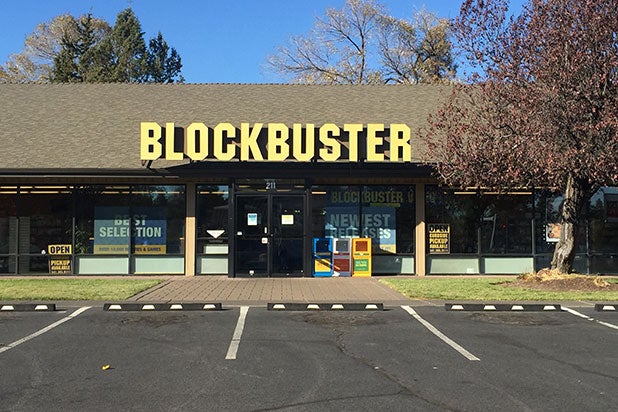 Family Video owned several stores throughout the rural parts of the Midwest, where dial-up internet is still the norm and streaming video is neither popular nor very practical. “We operated stores in a lot of rural areas where high-speed internet was not common — even in 2021,” Dye said. “Streaming is hard with slow internet speeds.”

In a 2019 profile about Family Video, The Philadelphia Inquirer reported, “Broadband speeds have confounded rural communities for decades now, and the debate continues over whether federal and state government should treat the problem as an infrastructure issue, like electricity, or whether private providers should be incentivized to venture farther out into rural communities. For Family Video customers, streaming Netflix or any other online service might not be as easy for those in cities and suburbs.”

Family Video had another advantage: how they acquired product. Blockbuster and other video chains had revenue sharing models with studios which reduced upfront costs, and allowed them to carry more copies of films. Family Video instead bought the movie inventory outright, a method that ultimately proved more profitable and allowed the company to turn product from stores to online sales. “Once a disc rented a certain amount of times it became available on FamilyVideo.com to be sold as a used copy, all proceeds were considered profit,” Dye added.

Keith Hoogland, CEO of Highland Ventures LTD, acknowledged the family chain’s evolution: “What began as a handful of 500-square-foot video rental locations, grew to 800 locations with up to 7,000 square feet of video rental and retail. We are among the few that started with Beta, moved on to VHS and remained a part of the DVD & Blu-Ray era.”

💔 We’ve got some sad news today. We can’t thank you enough for all your support over the years!

But the COVID-19 pandemic proved too big a challenge for the chain — for two reasons. The sudden drop in “foot traffic but also in the lack of movie releases … pushed us to the end of an era,” Hoogland said. With Hollywood blockbusters delayed from theatrical release, rescheduled or diverted to paid streaming services, there was less new product coming into stores — or giving consumers a reason to leave their homes.

For many, the shuttering of what Dye called “a community-oriented store” is a real loss.

“Mom-and-pop shops have always been kind of this way, but Family Video tries to be more rooted in the community. That can sound like some marketing BS a little bit, but our regulars bring us meals and cookies; there’s a blood drive going on every weekend,” Alexandra Beaton, who runs Family Video’s social media accounts, told ComicBook.com last November. “That’s how you build a sustainable video business at this stage. People can go so many other places, and there has to be that little something special in the store.”

And now one more special place has fallen victim to the coronavirus.