Like Frank Zappa, Yale professor David Lang is a highbrow composer with a taste for the bizarre, and an artist who has smuggled difficult work into mass culture.

“Paradoxically, people are willing to hear stranger things in film than in the real world — film audiences are more open to music than a music audience is,” said Lang, whose art song “Simple Song #3” in Paolo Sorrentino’s “Youth” is a contender for the Best Original Song Oscar.

Instead of coming in at the end of filming, like most composers, Lang wrote the tune beforehand. The idea was to define the entire life’s arc of Michael Caine‘s character, himself a composer, from lovestruck youth to rueful age.

“The movie is saying the song is a character, almost, like a time capsule for him,” said Lang, 58, who projected himself into the 80-something character as passionately as any Method actor.

“It’s very different than just a song that comes in with the credits,” Lang said. “The script had to be built around the musical cues. You get these little fragments from the rhythm of the candy wrappers [that Caine crumples], the violinist boy practicing that little tune.

“Without recognizing it throughout the movie, you realize at the end that all these fragments had been pointing you inevitably in this direction from the very start. That’s an opera thing. The motifs take on deeper significance, so when you hear the motif used in its fullest, you’ve picked up subliminally all these other associations and you’re prepared for it.” 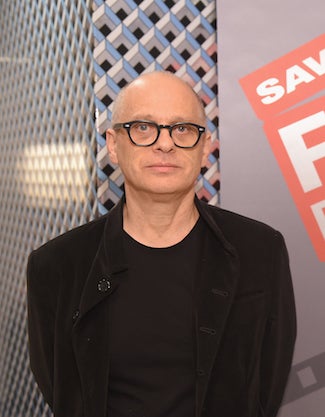 During his performance of a fragment of the song, Caine even improvised a bit, and Lang didn’t mind.

“I’m famous in the classical world for writing music which is really, really hard,” said Lang. “What I wrote was excruciatingly difficult.” Lang feels that Caine nailed the meaning of the song. “You understand why it was so important to him.”

He has been a working composer since the 1980s, but Lang caught the movie bug as an L.A. high-school classmate of Danny Elfman; he also played in a band with future Wilco member Nels Cline. “I worked as a theater usher, and I saw ‘The Exorcist’ 400 times,” said Lang. Stunned by the Hans Werner Henze piece over “The Exorcist”s’ credits, Lang wound up studying with Henze, then went on to shock opera squares with such esoteric compositions as 1985’s “Eating Living Monkeys.”

He also co-founded New York’s Bang on a Can Festival, which made him a veritable rock star in new music in America. And his 2008 Pulitzer Prize and 2010 Grammy-winning opera “The Little Match Girl Passion” became a holiday classic performed in 28 nations after premiering at Carnegie Hall, where Lang served as Composer in Residence.

His first film project involved arranging for the Kronos Quartet on Darren Aronofsky‘s “Requiem for a Dream.” Sorrentino later used a Lang tune in the opening scene of his foreign-language Oscar winner “The Great Beauty” — “so when Paolo wanted to make a film about a classical composer,” said Lang, “he thought, ‘Well, I know a classical composer,’ and asked me.”

Lang’s next important project after the Oscar race is “Anatomy Theater,” a “Sweeney Todd”-like and “The Knick”-ish collaboration with artist Mark Dion that premieres at the Los Angeles Opera in June. “It’s in the same world as ‘Threepenny Opera,’ that same kind of almost cynical feeling,” said Lang.

“It’s a true story. In the 17th and 18th centuries there were these moral lecturers who would go through Europe dissecting the bodies of executed criminals. But not for scientific reasons — mostly for Christian religious reasons. The would cut open the body and show people how the organs of evil people were different from spiritual people. There are Hogarth drawings of people going to these events and drinking alcohol and playing music, with jugglers and jesters. They’re like carnivals, because people are feeling really great about themselves, that they are not evil people being cut up.

“‘Anatomy Theater’ is about a woman who confesses her crime of killing her husband and children, and we hang her and then take her into the dissection theater and get a moral lecture. And through the magic and miracle of opera, the woman keeps singing through the whole thing.”

Still, he said, the world of film affords him a bigger, broader audience than he’ll ever get in opera houses and new-music venues.

“Millions more people can potentially have their minds blown than are available to me in the places my music normally goes,” said Lang.