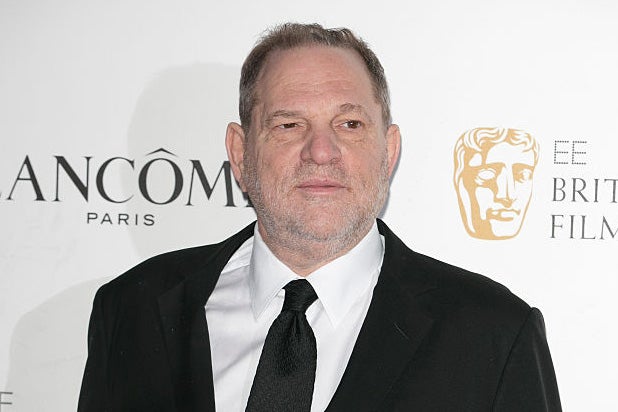 Lindsay Lohan had fans and detractors alike scratching their heads after she posted — and quickly deleted — a strange video to Instagram in which she defended disgraced studio boss Harvey Weinstein.

Lohan was referring to the scandal sparked by an explosive New York Times report on Thursday detailing accusations of sexual harassment by Weinstein. Several other victims have come forward since then. Weinstein has been fired by The Weinstein Company, which is considering a name change.

Lohan also had some words for Weinstein’s wife, Georgina Chapman, who on Tuesday announced that she is leaving her husband: “I think Georgina needs to take a stand and be there for her husband.”

“He’s never harmed me or done anything wrong to me. We’ve done several movies together. And so I think everyone needs to stop. I think it’s wrong, so let’s stand up,” she concluded.

The video was only on Lohan’s Instagram feed for a short period of time before it was deleted. (Instagram Story videos are automatically deleted after 24 hours.) However, Buzzfeed’s Lauren Yapalater managed to save a copy of the video before its deletion. Watch it below:

lindsay lohan (and her whack accent) is defending Harvey Weinstein on her insta rn. GOODBYE TO YOU FOREVER. pic.twitter.com/aMzvAOXPYp

TheWrap has reached out to Lohan’s reps for comment on the video.