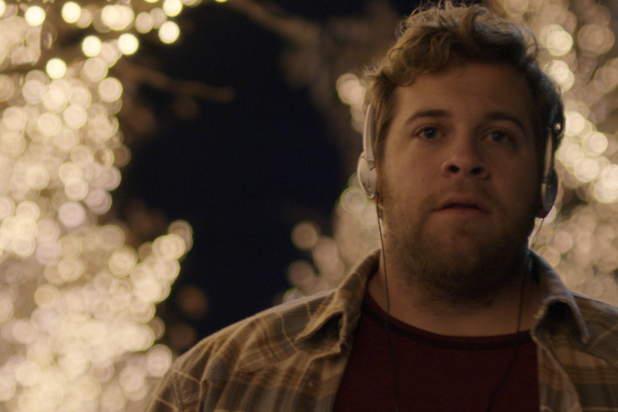 The track record of movies inspired by songs is not great, since taking an entertaining three-minute story and stretching it out to feature length usually results in renewed appreciation for the tuneful tightness of pop music. The song always wins, and that goes for “White Christmas,” “Alice’s Restaurant,” and especially the mid-70s novelty boom that gave us “Convoy” and “Harper Valley PTA.”

But a case could be made that MercyMe’s 2001 hit “I Can Only Imagine,” the biggest-selling contemporary Christian song of all time, was ripe for narrative expansion, in that songwriter Bart Millard’s soaring worship ballad established a base of emotion — a mainstream question of spiritual hopefulness in asking what it would be like to meet God — while explicitly avoiding detailing what inspired it: Millard’s troubled, then redemptive, relationship with an abusive father who changed.

That makes the film of “I Can Only Imagine” a unique hodgepodge of different types of song-generated movie. You get the fraught dad-son story behind it, as well as the showbiz making-of saga with a songwriting rags-to-riches tale, and finally a performance of the titular smash, as you’d get in any concert film.

So why is the resulting movie that Christian filmmaking brothers Jon and Andy Erwin (“Woodlawn,” “Moms’ Night Out”) made from a universally healing single such an earnest, awkward dud? Well, partly because the movie can’t settle on what’s more important, the family stuff or the ascension of the song as a fame-inducing anthem.

We first hear a woman’s voice gushing about the song (“It blew my soul wide open”), before finding out that Bart Millard (J. Michael Finley, making his screen debut) is being asked about its origins in a recording studio. Bart’s modest assertion to his female interviewer that he wrote it in minutes is met with the segue-thick response that surely it took him a lifetime.

That’s the wayback machine’s cue to send us to rural Greenville, Texas, in 1985, where we meet pre-teen Bart (Brody Rose, “Gifted”) as an active, rosy-cheeked, music-loving whippersnapper whose home life is a dark cloud when perma-scowling dad Arthur (Dennis Quaid) is around. Yelling, “Dreams don’t pay the bills!” is one blaring example of father’s awfulness; another is throwing Bart’s cardboard space helmet in the barrel fire outside.

For a solid hour, the Bart story is a freight train of life signposts: the church summer camp where he meets future girlfriend Shannon (Madeline Carroll when she’s grown up); his fed-up mom (Tanya Clarke, “Banshee”) running off while Bart is away; trying high school football to please dad before a sports-ending injury sends him to glee-club glory; Arthur’s cancer diagnosis, which he keeps a secret; Bart’s escape from home for life on the road with a fun-loving band (none of whose members get their own distinctive characterizations); then securing a manager (a gruffly compelling Trace Adkins) and staking it all on a failed tryout for Nashville labels that proves, once and for all, that Bart’s been avoiding some major psychic pain about his upbringing.

The breakneck pace is one issue; the other is the Erwins’ pedestrian handling of it. The sheer number of close-ups rivals that of daytime soap operas, which at least edit theirs together better. Add the jarring swerves in tone between the cute, the domesticity-disturbed, and the inspirational, and it seems as if every scene out of Jon Erwin’s and Brent McCorkle’s screenplay is never more than one semaphore-sized emotion.

When Bart goes back home to confront Arthur — we’re never clear about age or year by this point, although if he’s supposed to be a teenager, Finley looks too old — the movie slows down a tad bit, but still prefers a quick thaw to a thorny reconciliation. You can see Quaid trying to cram in shading to his pinch-faced monster laid low, then bestowed grace by a combination of illness, regret and finding Jesus. But the emotional shortcuts and Finley’s broad performance never convince you, as Bart later claims that, at the end, his dad became his “best friend.”

In fact, it feels a little imbalanced to short-shrift the details of a turbulent father-son relationship made whole, in order to spend the last half hour on the song. The movie has too much on its plate in selling its paint-by-numbers uplift. You’re stuck wondering why actors are playing Christian pop icons Amy Grant and Michael W. Smith instead of the stars themselves, and why the movie piles moment-of-glory cliché after moment-of-glory cliché — it all comes down to one big star-making performance! — when there had to have been something more messily bittersweet in a musician’s biggest success arising from a wellspring of pain and loss.

Is that fear of complexity why, ultimately, so many faith-based movies treat feelings like problems with one obvious solution? Even the song itself is a series of questions about a hoped-for moment, yet pitched with a suitably gathering anthemic force. The airless pastiche that is “I Can Only Imagine” the movie, on the other hand, is untroubled by doubt about its intentions.