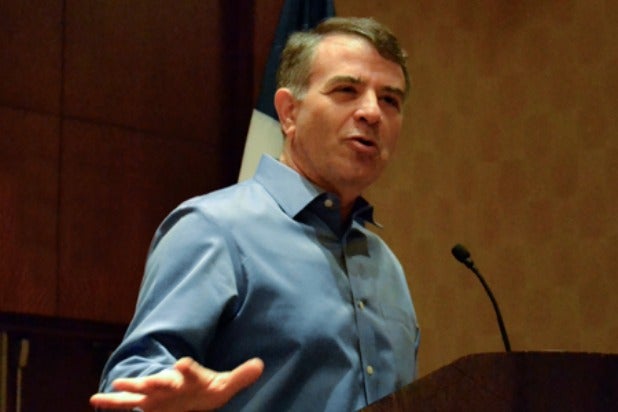 What if you could find people to volunteer with, right now, as easily as you can click through potential dates on Tinder?

What if the next time a news story engaged you, angered you, made you want to help, you could click on a button that said “Act”? It could be located right alongside the icons to tweet or Facebook a link, and lead you to a network of like-minded people.

What if there was just a way to know what local problems your neighbors wanted to solve, in case you might want to solve them together?

Idealist.org wants to make it all happen. On Tuesday, March 11, the site best known for helping people find volunteer gigs and non-profit jobs will launch an initiative to crowdsource activism.

We crowdfund movies, we tweet jokes at Chris Hardwick, we use Tinder and Grindr and a litany of other sites to find people we think look nice.

But all of those applications could also be used toward social good, says Ami Dar, who launched Idealist in 1996 with the simple goal of uniting people who hope to do good.

“What would happen if you had people around the world thinking together about all the ways to close the gap between intention and action?” he asked TheWrap, in an interview at Idealist’s elegantly simple Manhattan office.

Dar (pictured), who was born in Israel but grew up in Mexico and Peru, thought of the concept for Idealist while hiking in the Andes, trying to decide what to do with his life.

Also read: Gawker’s Nick Denton: How Uber Can Help Save the World

Idealist.org is only two years younger than Yahoo, one of the largest web portals, but has a far lower profile because of its narrow concept and lack of concern about turning a profit. The site, which Dar launched with $3,500 from his savings, draws about 2 million users a month, mostly people looking for places to volunteer or jobs in the non-profit sector.

U.S. non-profits pay $80 to post a full-time job, and that gives Idealist its entire annual operating budget of $5 million. In the past, Dar has reached out for donations. Contributors have included Participant Media founder Jeff Skoll.

But the site doesn’t court Hollywood connections or page views. Only now, after 18 years, is Dar trying to connect people on a much larger scale, beginning with Tuesday’s announcement.

At noon and again at 11 p.m. ET, Idealist will talk about its new group effort devoted to overcoming three challenges:

What the site plans to announce may feel more like a call for ideas than a multi-point plan. That’s the idea. Dar believes there are many ways people can collaborate online, and that the best ideas will come from the ground up.

But one obvious starting point is using news stories to get people thinking.

“Journalism is a big part of it,” Dar said. “It’s such a huge part of the way people get moved. If you talk about the gap in intention and action, how does intention get ignited? Very often the news ignites you. You want to do something. The news has such reach.”

He hopes to talk with news websites about adding a widget such as an “Act” button – that would let readers find like-minded people to get involved. A person outraged by a story about a school district’s low test scores, for example, could find a tutoring program in need of volunteers.

“An Act button is one big example, but there are 10 examples,” he said. “Giving people the tools to get together.”

It would be a huge undertaking. But the power of crowdsourcing is such that people could perform small micro-actions to complete a massive goal. If a non-profit group needed a slogan, for example, it could take to Twitter to ask for help.

People could respond in the time it takes to retweet a selfie from Ellen DeGeneres.

“It’s incumbent upon non-profits of different kinds to give you the kinds of micro-actions you could so while waiting for the subway: We need this sentence translated, or we’re thinking of a new tagline. Simple stuff,” said Dar.

“A typical non-profit has a three-hour brainstorming session to think of a new tagline. Why can’t they send out their three favorite taglines, and a hundred people waiting for the subway will tell them which is the best?”