It’s hard not to miss “Buffy the Vampire Slayer.”

The original series, created by Joss Whedon, went off the air almost 20 years ago (!) and while comic books and various spin-offs have kept us in that particular world, more is always better. And more is on the way. “In Every Generation” by Kendare Blake is the first in a new series of YA novels from Disney Press set in the world of “Buffy the Vampire Slayer.”

The new book follows Frankie, the daughter of Willow, who was Buffy’s best friend and by the end of the series a very powerful witch. (She and Buffy cast a spell in the series finale that turned all of the potential slayers into all-out slayers in order to save the world.) Frankie is living in New Sunnydale and feeling powers of her own. Could she be the next Slayer? When an ancient evil surfaces, she must pull her own Scooby Gang together to fight the new threat, and save the world. Just like mom and Aunt Buffy would do. 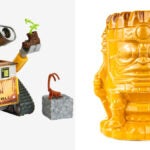 “In this excerpt, we find out what happened to the slayer line after Willow cast the Scythe spell. This is actually a pretty heavy passage in terms of slayer lore, so if you haven’t boned up on your season seven finale you might utter a lot of ‘Huh?’s’ and ‘say what now’s.’ Basically, we’re learning how Frankie came to be, and she’s learning right alongside us: she always thought her mom was artificially inseminated,” Blake tells TheWrap. “By a donor who used to be an astronaut.” In the words of the Scooby Gang: jinkies!

Blake, who said she was “an immediate fan of the show,” also told us what fans have to look forward to in the new novel: “More Buffy. That was my only goal, that was what I wanted as a fan. Classic Buffy feelings. Patrols through Sunnydale. Meetings in the library. I wanted it to feel like a lost episode, and I wanted it to be FUN. I wrote it during the first summer of the pandemic. Fun was in short supply.”

Read the excerpt from “In Every Generation” and purchase the book on Jan. 4, 2022. 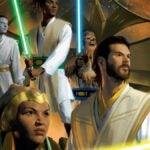 “What are you guys talking about?” Frankie asked.

“Yeah,” Jake said. He walked over to Frankie, drying his hands on a kitchen towel.

Frankie wanted to say, Gee, thanks, guys, but wisely held her tongue. If she spoke now, her mom would remember she was there and Oz would never get her to fess up to whatever she was clearly trying to avoid saying.

“She was sick all the time in elementary school.” Willow crossed her arms and paced a little. “And she was . . . clumsy even. Not like the Potentials, who were never sick and pretty athletic.”

“Potentials?” Jake asked. “Like, Potential Slayers? The girls mystically chosen at birth to be the next slayer if the one in line before her dies?” He and Frankie looked at each other. The existence of Potentials was just an idea to them—by the time they’d been born, there were no “Potentials.” There were just slayers. Willow had activated every single one when she channeled the source of the slayer’s power through the scythe to create the slayer army.

“But I’ve always been under the impression that Buffy and the slayer army was it. Like the scythe said, ‘Yahtzee! You get them all! But use them wisely, because that’s all there is.’ ”

Willow pulled her hands into her sleeves, which caught Frankie’s eye. It was never a good sign when her mom reverted to nerdy awkwardness.

“That’s not exactly true,” Willow said. “Or at least we were never sure. We had all these theories . . .”

Frankie knew the theories. That the slayer line was finished, like Jake said. The power exhausted. Or that somewhere in the army of slayers was the last Potential to be called, and when she died, the line would continue and a new slayer would rise. That’s the one that Frankie believed. And others did, too: Mr. Giles cast a locator spell every time they lost a slayer. But so far, no new slayer had been found.

The explosion, and all the slayers dead. That was her least favorite theory. That the slayer line was dormant. That it would remain dormant, until every slayer had died. And then, and only then, would the line begin again.

Jake leaned back and ran his hands through his messy red-gold hair.

“So you think,” he said, “that it might really be it? That the slayer line might have woken up? And now—” He frowned. Beside him, Oz frowned. Oz’s hair was its natural red these days, but the Osbourne family resemblance was never more clear than when they were side by side, eyes half-squinted and shifty.

Something nudged at the back of Frankie’s brain, something about snapped hair elastics and torn jeans.

“Why?” Frankie said loudly, over her mom’s protests. “Why would you think that I, of all people, would be a Potential Slayer?”

The slayer, as in, the one girl in all the world. Like Buffy had been.

“Why?” Frankie said again, looking at her mother. “Would you think it would be me?”

Willow visibly shrank, and her red hair fell across her face in a partial curtain. But Frankie only leaned in closer. That cute nerdy crap might work on Oz, but it wouldn’t fly with her own kid, who knew exactly what her mom was capable of.

“I think all werewolves should go home now,” Willow said, and arched her brow. But then she sighed. She looked at Frankie. “Okay. Sit down.”

“Sit down harder?” her mom offered, and gingerly took a seat across the table. She slid her hand over Frankie’s. “This is going to sound strange, but when I did the spell with the slayer scythe, I channeled the energy of the slayer through it. And through me.” She made a face between a grimace and a smile. “And into me?”

“Wait, Mom. What does that mean?” But Willow was rattled, and starting to ramble.

“It was months after the scythe spell that I even realized I was pregnant, and even then I didn’t put it together right away, because it just didn’t seem possible—I thought, ‘Maybe it was someone else,’ even though I hadn’t been with anyone but Kennedy and she—”

“You know once upon a time, I could have been your dad,” said Oz.

“Dude,” Jake whispered. “Not now. And also: ew. Please never speak of your sex life. With Frankie’s mom.” But they all knew the story: how Oz had been Willow’s first boyfriend. How the werewolf thing had eventually come between them (though neither would say in exactly what way). And then, after Oz left to try to tame the beast inside, Willow met Tara, another witch, and they fell in love.

And then when Tara was killed, Willow turned to dark magic and became the ultimate evil. You know, very typical first-love stuff.

“And it took a long time for you to be born—I mean, a long time—” Willow continued, and Oz leaned in.

“Fourteen months, according to a calendar Xander kept.”

“—and we weren’t sure what you would be when you came out, if you would even be human—”

“What?” asked Frankie. Fourteen months of pregnancy? Not human? “How is this all news to me right now?” But her mom just plowed ahead.

“Buffy and Xander and I baby-proofed the entire house. Even the mobile. And I got super strong right before you were born. One time, Xander was late with the Chinese takeout, and when he pulled into the driveway, I tore the door off his car.”

Frankie looked at Jake with wide eyes and he mouthed, “Bad. Ass.”

Then Willow smiled, apparently at the end of her story.

“But then you were born. And you were just you. Just Frankie.”

Just Frankie. Frankie, who had been conceived during a huge, mystical slayer spell and may or may not be human.

“Mom,” Frankie said again. She was losing her patience. “Who is my dad?”