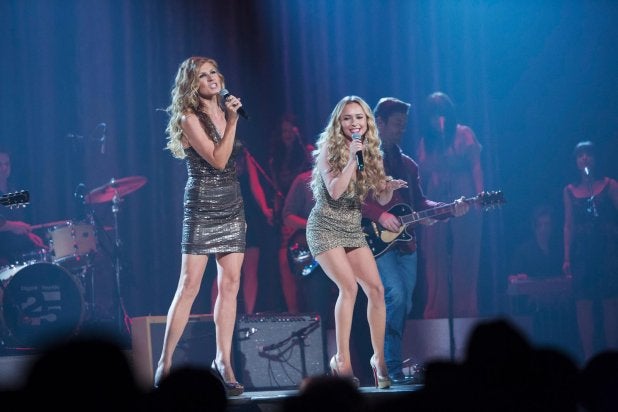 “Nashville” will be sticking around Nashville for its third season. The ABC drama had been in negotiations with the city for weeks, while considering a relocation to Texas or Georgia. All the while, there was uncertainty if the musical series would even be coming back for a third season. That news came last week.

And now, thanks to an incentive package totaling a combined $8 million, the production won’t have to pack up and relocate to another state. “It was not an easy decision to make,” Nashville Mayor Karl Dean told the paper. “We have a strong tourism economy and a strong convention economy, but this just adds to it in a way we would never be able to do on our own.”

The package is a reduction of more than $5 million from the incentives the show received for Season 2. Nevertheless, it was enough to keep “Nashville” in its namesake. Under the terms of the deal, $5.5 million will come from the state, with Metro Nashville looking to approve another $1 million. $500,000 each will come from the city’s event marketing fund and Ryman Hospitality Properties. Ryman produces “Nashville”  in a joint arrangement with ABC and Lionsgate.

According to the report, 90% of the production staff of “Nashville” was hired locally, with non-actors banking a combined payroll of $13 million for Season 2.