Many of the actors in the Paramount+ release “Infinite” might as well be avatars; you can picture the green screens as you’re watching the complicated set pieces, and there is no emotional investment required or even requested. But it delivers what it promises, in the form of expensive spectacle.

Chris Evans dropped out of this project in 2019 — he cited scheduling issues, which feels like a polite excuse — but the truth is that Mark Wahlberg is a far better fit. Evans might have brought too much integrity to a movie that asks for none, while Wahlberg contributes just the right amount of casual saunter. 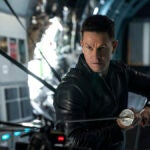 Wahlberg’s Evan McCauley introduces and ends the movie with a voiceover narration that suggests a quick, last-minute fix for confused test audiences. It doesn’t help much, but the gist is that there’s a secret group of people who get reincarnated in perpetuity. They call themselves Infinites, and they battle the Nihilists.

The alienated, unhappy Evan believes himself to be schizophrenic, due to a lifetime of troubling visions. He’s also confused by his own, seemingly endless store of random knowledge. He’s a master blacksmith, for example. Also, he knows the capitol of Burkina Faso, details of the second Punic War, and the makeup of gunpowder, all of which really impresses people. But it’s not until he meets Nora (Sophie Cookson, “Kingsman: The Secret Service”) that he puts these clues together.

He is, of course, an Infinite himself — indeed, The Infinite, who has the power to save the planet through his buried memories. It seems he was once a guy named Treadway, who was not only a far cry from the down-and-out Evan but the kind of mountain-climbing hero who lived in a glass-walled penthouse with a motorcycle permanently parked in the living room. 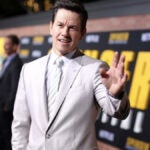 He was also friends with Bathurst (Chiwetel Ejiofor), who left the Infinites to become a Nihilist because he was sick of eternal life. In his bitterness Bathurst created a device (rather underwhelmingly named “the Egg”) designed to end all life. Treadway was the last person who had the Egg, so if Evan can access his own memories, the Infinites might be able to find and destroy it.

Anyway, this is already far more time than needs to be spent on the plot. The script was written by Ian Shorr (“Splinter”), based on D. Eric Maikranz’ novel “The Reincarnationist Papers,” but the basic structure of the movie goes something like this:

Obviously, there are plenty of sci-fi–action fans who would be thrilled by a film exactly as described above. Fair enough. The plane chase is particularly well-choreographed, and who doesn’t like watching pretty people drive sports cars backwards at top speed while simultaneously shooting down helicopters? Fuqua (“The Equalizer”) goes all in on the excessively expansive budget, but his emotional artistry is definitely missed. 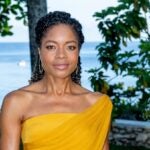 Also Read:
Naomie Harris to Star Opposite Chiwetel Ejiofor in Showtime’s ‘The Man Who Fell to Earth’ Series

This feels like a paycheck job all around, and Bathurst speaks for everyone when he proclaims that “Newer is almost never better.” Cinematographer Mauro Fiore, editor Conrad Buff, and visual effects supervisor Pete Bebb — all accomplished mega-movie veterans — seem to have prepared for their jobs by revisiting Christopher Nolan movies, “Mission Impossible” sequels, and the entire “Fast & Furious” franchise.

Cookson approaches her performance as a series of poses, and it was an odd choice to tell us at the start that her character’s soul mate is not only not Wahlberg, but some guy we never see again. A totally wasted Toby Jones appears to have shown up for a single afternoon, which is a shame. But Wahlberg and Ejiofor muster enough charisma to keep us watching, and Jason Mantzoukas cuts through the generic feel with some much-appreciated weirdness as the Artisan, a guy who…dissects brains? Builds cool experiments? Tries to kill but also save people?

There are a lot of questions like these, though none more than when Wahlberg’s narration sums the whole thing up by declaring that “The possibilities are [dramatic pause] Infinite.” The possibilities of life? Studio budgets? His salary? Honestly, some movies are better experienced and forgotten than analyzed and understood.