AMC has set the premiere dates for the second half of “Into the Badlands” Season 3 and the second season of “The Son,” which will mark the final set of episodes for both series.

“Into the Badlands” will return on Sunday, March 24 before moving into the Monday night timeslot it will inhabit for the remainder of its run.

Also Read: I'm an Asian American Actor Who Went to China Before Hollywood Would Cast Me as a Lead (Guest Blog)

Created by Alfred Gough and Miles Millar, “Into the Badlands” first debuted on AMC in 2015. Set in a dystopian future where a feudal society has taken root in what was once the American Midwest, the series stars Daniel Wu as a trained assassin named Sunny. Stacey Sher and Michael Shamberg, along with David Dobkin, Stephen Fung, Michael Taylor, Karen Richards, Paco Cabezas and Wu serve as executive producers on the project.

“The Son” stars Brosnan as Eli McCullough a man who will stop at nothing to secure his legacy against the backdrop of the nascent oil industry of 1917. In addition to the 1851 storyline, starring Jacob Lofland as a young Eli, Season 2 will also introduce a 1988 timeline led by Lois Smith as Eli’s granddaughter Jeanne Anne McCullough, as she is confronted with a long-buried family secret.

AMC Networks’ other spring premiere dates include new installments of “Luther” and “Top Gear” to debut on BBC America on Sunday, June 2 and Thursday, April 25, respectively. On IFC, the Hank Azaria comedy “Brockmire” will return for Season 3 on Wednesday, April 3.

See a complete rundown of premiere dates for AMC, BBC America, IFC and SundanceTV below. 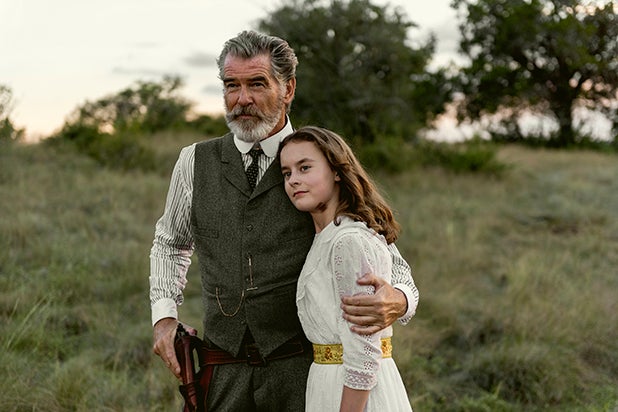