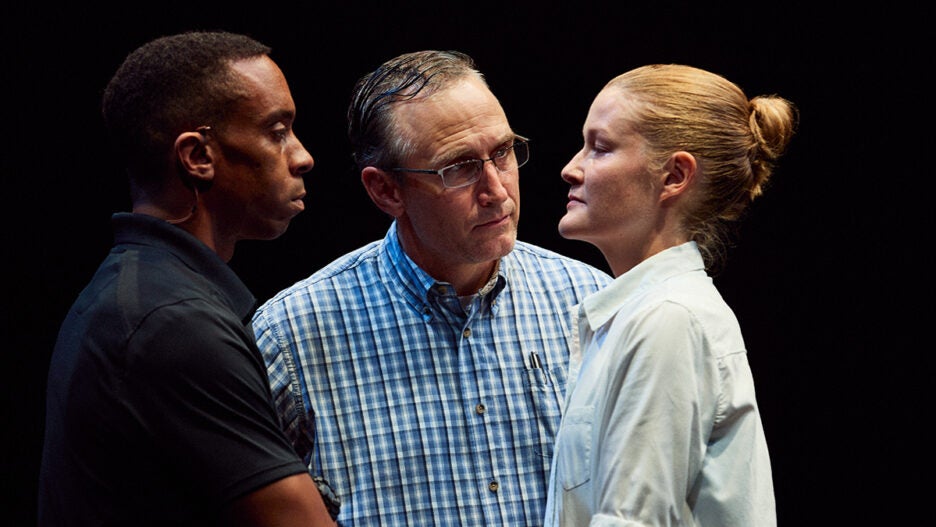 Imagine if an enterprising director-writer got the transcript of the FBI’s raid on Roger Stone’s home in Fort Lauderdale in January 2019 and turned it into a Broadway play.

Tina Satter has done that with the F.B.I.’s “visit” to a young Air Force veteran named Reality Winner in June 2017. The difference, of course, is that Stone was pardoned by Donald Trump and Winner ended up incarcerated at the Federal Medical Center in Fort Worth, Texas, for four years. She served a sentence under the Espionage Act for leaking a document that showed proof of Russian interference in the 2016 presidential election — and was released to a halfway house in June 2021.

Satter’s “Is This a Room”, which opened Monday at Broadway’s Lyceum Theater after its Off Broadway run at the Vineyard Theatre in 2019, tells us nothing about the classified material Winner leaked to the press. Whenever any specific information is about to be spoken by one of the four actors, those words are redacted. It’s here that Satter’s direction, Thomas Dunn’s lighting, and Lee Kinney and Sanae Yamada’s sound design join forces to create theatrical deletions. The lights dim or go out completely, and an ominous booming noise rocks the theater.

Also Read:
‘Chicken & Biscuits’ Broadway Review: All the Fun of a Trip to Carl’s Jr.

If you knew nothing about Winner, this effectively staged transcript — let’s not call it a play — offers a vivid portrait of group male intimidation of a woman. The FBI team features a good cop (Pete Simpson), a bad cop (Will Cobbs) and a clown cop (Becca Blackwell, who even sports orange hair). As Winner, Emily Davis suffers a slow meltdown into near-hysteria as the men, search warrant in hand, literally invade her personal space. The title refers to a room in her house where the interrogation takes place.

Satter uses the agents’ many references to Winner’s two pets for comic effect, as if to say, don’t these jerks have anything better to do with taxpayer money than worry about someone’s cat and dog? Near the end of “Is This a Room,” when Winner wants to use the restroom, the agents smirk, laugh, let her use the john, then high-five each other. But nothing they actually say — that is, the verbatim FBI transcript — is in any way offensive.

Take away the acting tricks, the blocking that puts the agents eyeball to eyeball with Winner, the “Twilight Zone” sound effects, and we’re left with federal agents observing strict protocol that has as much to do with their own personal safety as Winner’s. 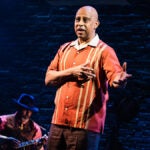 I mention the Roger Stone raid up top, because sitting through “Is This a Room” a second time, now on Broadway, it strikes me as both gripping theater and totally dishonest. Would these agents have acted any differently with Winner than they did with Stone? And yet here they are held up to ridicule regarding the pets, their small talk, their threatening body language and Winner’s need to relieve herself.

Will Cobbs takes over for TL Thompson in the role of one of the agents. Cobbs, with his booming bass voice, is a lot more threatening than Thompson was Off Broadway. Both actors are African American and “Is This a Room” derives a lot of its theatrical punch, unfortunately, from a Black man threatening a blonde.