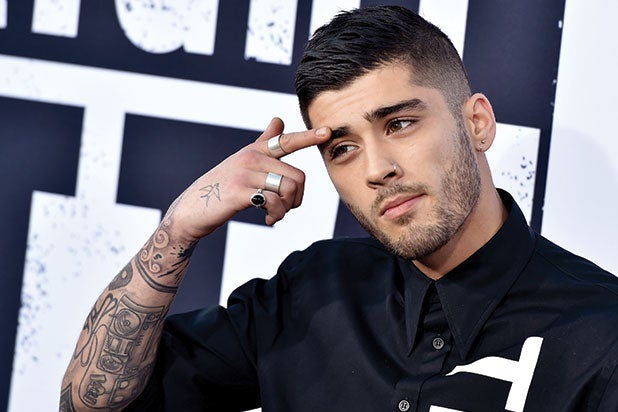 The Huffington Post has apologized for accidentally tweeting out a story about ISIS, accompanied by a picture of Zayn Malik.

“We apologize for the original image here,” the news outlet tweeted. “Zayn Malik is mentioned in the story, but is obviously not part of ISIS.”

Huffington Post tweeted out a story Tuesday morning at 9 a.m. with the headline, “What ISIS wants: to destroy the ‘gray zone of coexistence.'” The featured image was of former One Direction member Malik.

However, nowhere in the written story did it mention the singer’s name, and readers were quick to point out the problem.

“Why are you using a picture of Zayn from One Direction to illustrate this story?” one reader commented.

“Please take this photo down … this guy has nothing to do with the story??!” said another. 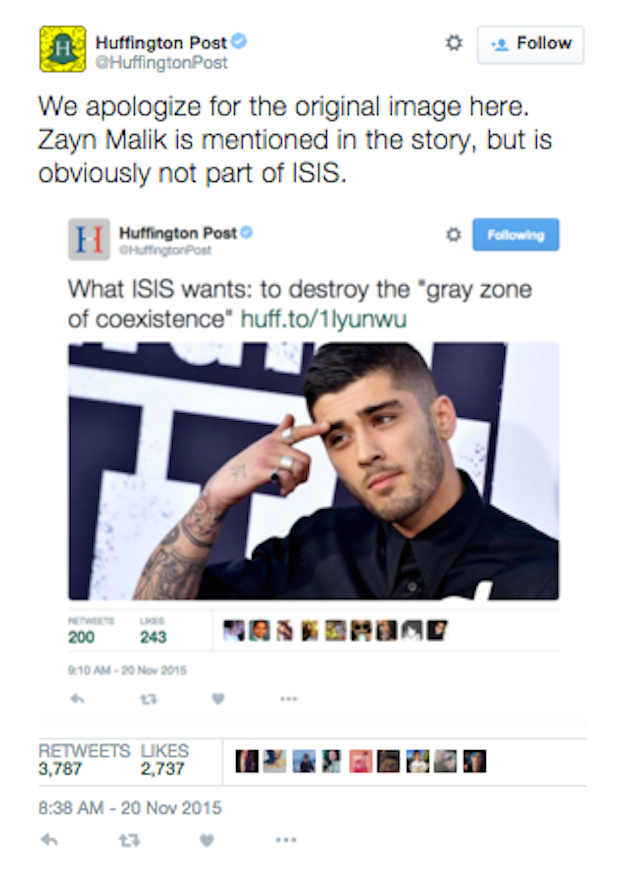