About two weeks after Netflix released its hit summer romantic comedy “Set It Up,” screenwriter Dana Fox got a call to dust off an old rom-com screenplay — because the genre was back, baby!

After successes like “The Wedding Date,” “What Happens in Vegas” and “How to Be Single,” Fox went through years of struggle to get a rom-com made in the era of superhero blockbusters. But between Netflix and the surge of love for “Crazy Rich Asians,” the often-mocked genre is cool again — and Fox’s latest script, “Isn’t It Romantic,” hopes to ride the wave.

“I had been beaten up by studios so many times when I was trying to get movies made. I was told ‘we’re not making romantic comedies right now. It’s just not happening,'” Fox told TheWrap.

The meta Rebel Wilson comedy, which both embraces and mocks rom-com tropes, will try to ride the waft of love in the air left over from Valentine’s Day. Fox wrote the script with Erin Cardillo and “Set It Up” scribe Katie Silberman.

Fox and Silberman said they wanted to have their cake and eat it too, with a film that truly respects the genre while poking fun at it.

“These are literally some of our favorite movies,” Fox said.

Some people love rom-coms and some love to hate them, the feel-good, often cliché films that are one of Hollywood’s oldest standbys. After a 10-year drought of reliable rom-com hits, the cycle has come around again.

At one point, Fox said she would pitch her films to studios as any genre other than rom-coms, even when they were definitely rom-coms.

“Crazy Rich Asians” screenwriter Peter Chiarelli even questioned whether Nora Ephron could get “When Harry Met Sally…” made today — “probably, but it might be tough,” he said. 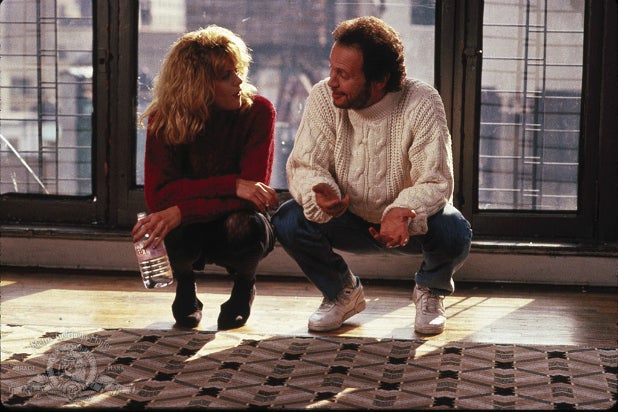 Hollywood rekindled its love affair with rom-coms last summer. The breakout success of “Crazy Rich Asians” and the cultural-conversation dominating Netflix films “To All the Boys I’ve Loved Before” and “Set It Up” sculpted a narrative that romantic comedies had, like so many of the characters do in their final acts, made their inevitable score-swelling run through the streets and back into the hearts of their long-lost loves — in this case, audiences.

But the new talk of a rom-com resurgence came after the one-two punch of Netflix’s “Set It Up” and “To All the Boys I’ve Loved Before” — Netflix’s most-streamed film of 2018, according to the company, which doesn’t reveal complete numbers.

Around 2009, as Marvel’s cinematic universe began its now decade-long journey and Hollywood turned its focus toward big-budget films with blockbuster potential, studios began to shy away from mid-budget movies, including rom-coms.

“It certainly hasn’t been the genre people have been chasing for the last 10 years. They’re not going to make $300 million,” Chiarelli told TheWrap. “I wish I wrote superhero movies, or horror movies.” 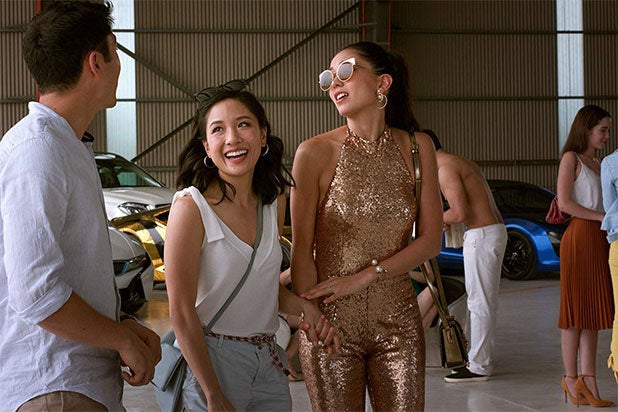 “Crazy Rich Asians,” however, has actually come close. The film, which had a production budget of $30 million, has pulled in $238.5 million worldwide.

Like it’s done for indies and a number of mid-budget genres, Netflix has changed the economics of making and releasing romantic comedies. Silberman said “Set It Up” received a lot of positive responses from studios before its release, but that they just weren’t willing or able to make it work.

Executives at Netflix, on the other hand, simply saw a movie they’d want to see and wouldn’t have to worry about selling to audiences.

“They went out of their way to say we want to make classic romantic comedies again,” Silberman said.

Also Read: 'To All the Boys I've Loved Before' Sequel Officially a Go at Netflix

“We’re always looking for movies that will work well for a defined audience, whether it’s a genre, or arthouse film, or foreign language — it should be something that can cross-over and reach a lot of people,” Brodlie and Bricke said in an email. “So, when we were building our slate, we asked ourselves, ‘What genres feel like opportunities?’ Rom-coms were huge for studios in the past, and that type of movie isn’t made much anymore. But, they’re heavily watched on Netflix. Our hunch was there was an appetite for more — and we were right!

“We’re thrilled with the success of ‘The Kissing Booth,’ ‘Set It Up,’ and ‘To All the Boys I’ve Loved Before,’ and we’re excited to continue to bring films such as ‘The Breaker Upperers,’ ‘Someone Great’ and ‘The Perfect Date’ to our members.”

In addition to “Someone Great,” starring Gina Rodriguez and Lakeith Stanfield, “The Breaker Upperers” and “The Perfect Date,” Hollywood is pumping out a host of new rom-coms, including “Last Christmas” with Emilia Clarke and Henry Golding, “The Rosie Project” and “Long Shot.”

So far, 2019 has already given the box office three romantic comedies in “Isn’t It Romantic,” “Under the Eiffel Tower” and the “What Women Want” reimagining, “What Men Want.”

Paramount’s “What Men Want,” which was produced for $20 million, had a $22.0 million opening weekend, and “Isn’t It Romantic” is expected to open similarly, with $20.9 million, according to analysts at Box Office Pro.

But not every romance begins beautifully: “Under the Eiffel Tower,” an indie released by The Orchard, opened in just 11 theaters and pulled in roughly $4,000.

Dergarabedian points out that simply because “Crazy Rich Asians” and other films succeeded recently doesn’t mean the genre is bullet-proof. Romantic comedies are fairly cheap and can be easily profitable, but they have to be good, Dergarabedian said.

Still, the future of the genre looks brighter now than it has in recent years.

“It’s changed significantly,” Silberman said. “You know, the way it always does in this industry when something works and gets people excited.”