James Franco’s casting as Fidel Castro in “Alina of Cuba” has been met with swift backlash on social media.

As confirmed Thursday by TheWrap, the actor will portray the Cuban revolutionary in the upcoming indie film about his daughter Alina Fernandez.

“How is this still going on?” he wrote in a Friday post. “How is Hollywood excluding us but stealing our narratives as well? No more appropriation Hollywood and streamers! Boycott! This F’d up!”

Adding that it would be “seriously difficult” to represent Castro “without aggrandizement,” the “Encanto” star said: “I don’t got a prob with Franco but he ain’t Latino!” 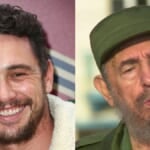 Franco was born in Palo Alto, California, and is of Jewish, Portuguese and Swedish ancestry.

In the casting announcement, lead producer John Martinez O’Felan said Franco had the “closest facial likeness” of “the entire ranks of actors with Latin roots in Hollywood.”

“To get there on such a tough look to cast, we used Fidel Castro’s ancient Galician heraldry as our focal compass, and then combed through the entire ranks of actors with Latin roots in Hollywood to find someone who has a similar facial structure,” he told Deadline.

“In executing a close search into our hopefuls through the eye of Spanish and Portuguese genealogy which the Galicians held, we found that James, by far, had the closest facial likeness of our Industry’s leading actors, meaning that the focus would be to build out his character accent and we’d have a stunning on-screen match to intrigue audiences and bring the story to life with true visual integrity.” 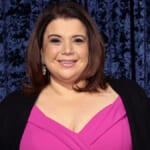 Leguizamo’s criticism was echoed by “The View” co-host Ana Navarro-Cárdenas. “I’d like to think no Latino actor worth their salt would sign up to play and aggrandize a murderous dictator who terrorized the people of Cuba for six decades,” she commented on his post. “For both reasons you articulated, I join you in the boycott.”

Jeff Torres, a Latino actor whose recent credits include “Night Sky” and “S.W.A.T.,” slammed the casting in a series of tweets. 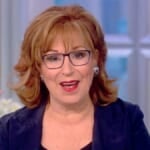 “Imagine Jaime Francó’s (formerly James Franco) Cuban accent. Imagine him saying stuff in Spanish,” he continued. “This is the best @TheOnion article ever. Except it’s real.”

In another tweet, Latina writer and photographer Cat Cardenas alluded to Franco’s return from a four-year acting hiatus after he faced multiple sexual misconduct allegations in 2018 and 2019.

“LMAO James Franco is making his big comeback by playing a Cuban dictator? While actual Latinx-led movies/TV shows get under-promoted and cancelled? You almost have to laugh!” she said.

Read below for more reactions.