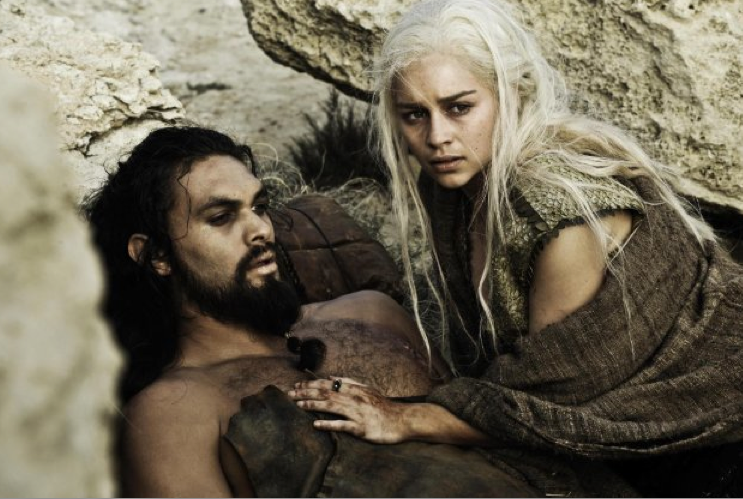 Khal Drogo is DEAD. Did you forget? OK, Jason Momoa just wants to make sure we’re all on the same page on that one, seeing as some “Game of Thrones” fans are hoping he’ll come back for a cameo for the HBO series upcoming eighth and final season.

While promoting “Aquaman” on SiriusXM’s Entertainment Weekly Radio Monday, Momoa shut down the idea of The Great Khal making an appearance on the final six episodes of D.B. Weiss and David Benioff’s fantasy epic.

Also Read: 'Game of Thrones' Reunion Special to Be Included in Series Box Set, Will Not Air on HBO

Yeah, Drogo died a pretty nasty death at the end of Season 1, when he was cursed to be in a catatonic state forever by a witch (who also caused his unborn child to die in Dany’s womb) and his wife had to, uh, take matters into her own hands to put him out of his misery.

When asked by People and Entertainment Weekly Editorial Director Jess Cagle what things would be like for him if Drogo was still around, Momoa was just, gah, he didn’t wanna talk about it!

“Ah, guys, I don’t know,” he added. “HE’S DEAD. I think I’m the only character in history to be dead for nine years and everyone still be like wanting. I love you, but he’s dead.”

OK, OK, we get it. He’s out. But even if he’s not coming back for the actual series, there is a chance he could be in the “Game of Thrones” reunion special filmed earlier this year. Hey, if Sean Bean’s Ned can come back (and he was beheaded!), so can Drogo. But that special is going to be released via a complete series box set sometime in 2019 — after the final season returns in April — so you’ll have to wait a while to find out.

Watch the clip from the interview above.