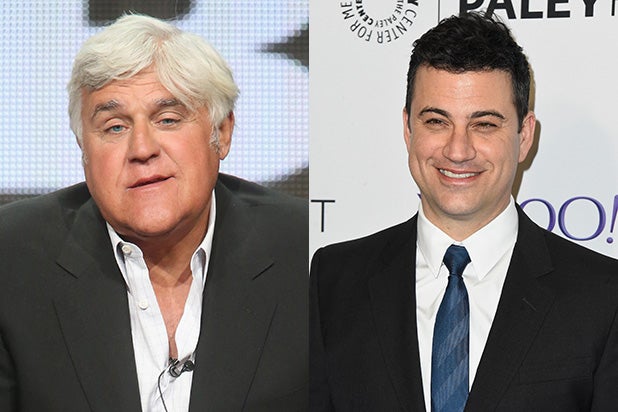 Jay Leno may not be on late night TV anymore, but that doesn’t mean the rivalry is over.

The former host of “The Tonight Show” said he knows the reason Jimmy Kimmel doesn’t have higher ratings: he’s too mean.

“The most important element you can have in doing a late night show is kindness. Because the show makes you arrogant,” Leno told TV Insider at the Television Critics Association Summer Press Tour, “I think that’s Jimmy Kimmel’s problem.”

Also read: Jay Leno on Donald Trump: He 'Has His Head Up His Ass'

“I think he’s a talented guy, I think he’s funny. But he has a mean streak, and it comes across,” he continued. “He does this thing where he takes Halloween candy from kids and the kids cry. What am I missing here? It is funny I guess, but it’s mean-based. I think that’s why he’s not higher in the ratings.”

During the panel at the press tour promoting his CNBC series “Jay Leno’s Garage,” the host also commented on CBS’s decision to name Stephen Colbert the new host of “The Late Show” after David Letterman’s retirement.

“A white guy on late night, this is revolutionary,” he quipped.

“I would like to see a bit more diversity in late night,” he said. “We’re certainly ready for a female host, another African American host. Arsenio [Hall] was terrific… Comedy is really funny when it’s stranger in a strange land, when you bring in different perspectives.”