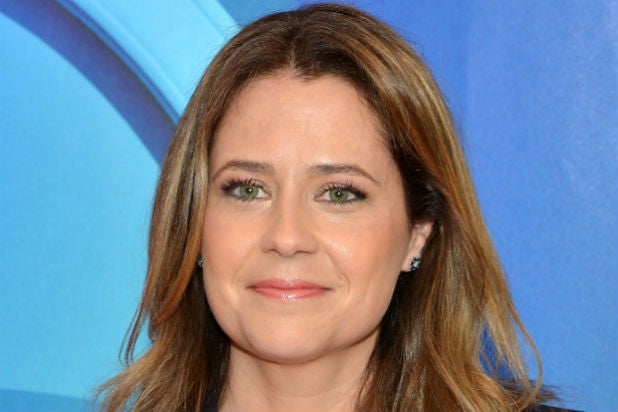 (Updated 12:12 p.m. ET: A CBS spokesperson reached out to TheWrap to add that Jenna Fischer was “wonderful to work with,” both on screen and off.)

When CBS previews “Man With a Plan” at its upfront event this afternoon, Jenna Fischer will star opposite Matt LeBlanc. But by the time the show actually debuts this October, the “Office” alum will be nowhere to be found.

“Look, recasting on pilots happens all the time,” he began, saying the right things when asked.

Also Read: 'Limitless' Could Come Back on Another Network, CBS Says

“She is a phenomenal actress,” Geller continued from the middle of a post-CBS breakfast presentation scrum. “It just wasn’t the right actress for the right role, ultimately, when we saw the pilot.”

That’s when he was pushed on the presumed chemistry issue between her and the former “Friends” star.

Regarding that apparently flawed on-screen relationship, Geller said: “It was fine, we think we can do better in terms of the chemistry between the two of them.”

CBS’ actual upfront presentation is set for 4 o’clock p.m. ET at Carnegie Hall. At the time, the network will have to show the Fischer footage, because they’ve got no other version to offer the advertisers in attendance.