Jeremy Garelick will direct the “Murder Mystery” sequel for Netflix, with Adam Sandler and Jennifer Aniston expected to reprise their roles from the first film, an individual with knowledge of the situation told TheWrap.

The film, with a script from James Vanderbilt, will shoot in Paris and the Caribbean. According to Netflix, “Murder Mystery” topped the streamer’s list of its most popular released in the United States in 2019.

Garelick previously scripted “The Break-Up,” which also starred Jennifer Aniston alongside Vince Vaughn. His directing credits include “The Wedding Ringer” (2015) and the TV mini series “Best. Worst. Weekend. Ever.” His next projects are “Sick Day” and “The Insane Laws.” 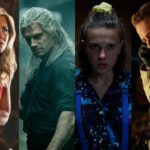 Garelick also has his own production company, American High, that he co-founded with Mickey Liddell’s LD Entertainment. The company’s credits include the Vince Vaughn-directed “The Binge” for Hulu and “Big Time Adolescence” starring Pete Davidson. Garelick is represented by UTA and Morris Yorn.

The first “Murder Mystery” was directed by Kyle Newacheck with a screenplay by Vanderbilt, and starred Sandler and Aniston as a married couple who travel to Europe but end up getting framed for the murder of a billionaire. Luke Evans and Terence Stamp also starred.