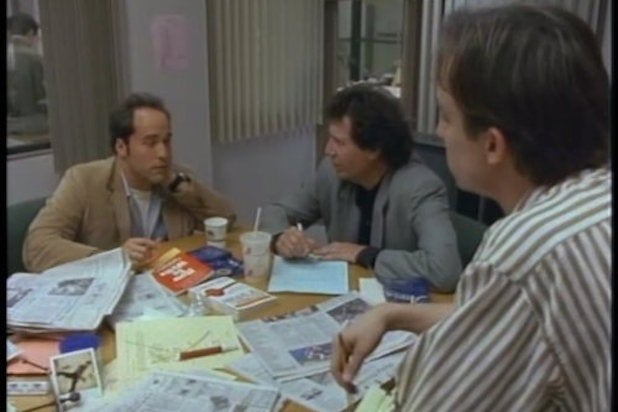 Jeremy Piven issued a statement Thursday evening on the unexpected death of comedian Garry Shandling, who he worked with on “The Larry Sanders Show.”

“My first acting job out of college was working with the great Garry Shandling on ‘The Larry Sanders Show’ playing his head writer for a few years. I was in awe of his insight and comedic genius,” Piven recalled of the comedian who died earlier that day of a heart attack at age 66.

“I just observed and tried to soak it up. He was like a brilliant mad scientist. Every beat counted with him. He had integrity with everything he did in his work and had a great time doing it. My heart is heavy as we lost a sweet soul. What a laugh he had that I will never forget. There is and will never be anyone else like him.”

It’s possible that we may never have seen Piven’s take on Ari Gold on “Entourage” if he hadn’t played head writer Jerry Capen on 26 episodes of Shandling’s iconic HBO comedy series “The Larry Sanders Show,” which led to roles in cult classic comedies such as “PCU” and “Grosse Pointe Blank.”

Also Read: Judd Apatow on Garry Shandling: He 'Taught Me Everything I Know'

A flood of tributes to Shandling have been pouring in on social media from his comedy colleagues, with many more of his peers expected to weigh in soon once they’ve had a moment to process the loss.

Piven also took to Twitter to honor Shandling’s memory. His heartfelt words can be seen below.

We lost a beautiful soul today.I had the honor of working with Garry Shandling on the Larry Sanders show,he was a rare comedic genus. tragic

A survey of images from shows and movies from the legendary creator and star of “The Larry Sanders Show,” who died on Thursday