Jim Bob Duggar, patriarch of the family shot to fame by TLC’s “19 Kids and Counting,” lost his bid for a Republican nomination to the Arkansas State Senate. His loss comes days after one of his sons, Josh Duggar, was convicted of downloading and possessing child pornography. The younger Duggar was found guilty last week and faces up to 20 years in prison.

The older Duggar posted a concession on his Facebook page: “I want to thank those of you who voted for me, volunteered, contributed, and supported me in my race for Arkansas State Senate District 7.”

He went on, “I am so honored to have been surrounded by some really great people in this campaign. It has been a difficult season for our family, so I am particularly grateful to those of you who have offered your prayers and encouragement.” 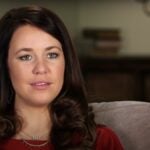 Also Read:
Jana Duggar Speaks Out About Child Endangerment Citation: ‘It Was An Accident’

Colby Fulfer and Steve Unger will move on to a runoff election for the seat, which is slated for Jan. 11, 2022.

Josh Duggar, 33, was arrested on charges of possession of child pornography in April. In May, a federal agent testified that in 2019, images that showed children, including toddlers, being sexually abused, were downloaded onto a computer at a car dealership owned by the former television star.

He pleaded not guilty to the charges against him.

The trial for Duggar’s case, which began Nov. 30 after originally being scheduled for July and postponed, included testimony from several Duggar family members.

Duggar was taken into custody after the verdict was announced. His attorneys said in a statement obtained by TheWrap, “We appreciate the jury’s lengthy deliberations, we respect the jury’s verdict, and we intend to appeal.”

“19 Kids and Counting” centered on the family of 21 and their conservative, Christian values. It was canceled in 2015 after Josh admitted to having sexually abused five teenage girls when he was a teen. Two of his sisters, Jessa and Jill Duggar, later came forward as two of the victims.

TLC canceled “Counting On,” a spinoff of “19 Kids and Counting” that focused on the families of Duggar sisters Jessa Seewald, Jinger Vuolo and Joy-Anna Forsyth, as well as their parents Jim Bob and Michelle Duggar, in June, following Josh Duggar’s arrest in April. “Counting On” debuted in December 2015 and ran for 11 seasons.