“Counting On” and “19 Kids and Counting” alum Jana Duggar has broken her silence about her September citation for endangering the welfare of a minor.

In a screenshot posted to her Instagram Stories on Tuesday, the 31-year-old explained the “raw facts” of the incident, which took place while she was babysitting a couple of months ago.

A passerby contacted the police when “one of the children wandered outside alone,” she wrote in the statement. “This resulted in a written citation, as well as a follow-up with child welfare who conclude that it was an accident and the child was unharmed.” 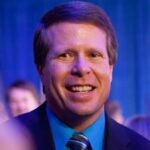 Further down, Duggar, who pleaded not guilty to the citation and is set to appear in court Jan. 10, wrote: “I was certainly never arrested like some may have implied. In the end I was just upset at myself that it had happened at all, but so thankful it all ended safely and that’s truly what mattered the most to me.”

Though hesitant to share details about her private life, Duggar acknowledged that “my last name means that everything we do is open to public criticism and interest, especially during this time.”

The Duggar family has been in the spotlight since becoming the subject of TLC’s decade-long reality show “19 Kids and Counting,” which followed the lives of Michelle and Jim Bob Duggar as well as their brood of children.

The show was canceled in 2015 after one of their sons, Josh Duggar, admitted to sexually abusing five teenage girls when he was a teenager. His sisters Jessa and Jill Duggar were among those who came forward as survivors.

TLC’s spin-off series “Counting On,” which chronicled the family lives of three of the daughters, was subsequently canceled followed Duggar’s arrest in April of this year for child pornography charges.

On Dec. 9, he was convicted on two counts of downloading and possessing child pornography after pleading guilty on the final day. He may face up to 40 years in prison and a $500,000 maximum fine.

News of Jana Duggar’s child endangerment citation broke one day after the verdict. On Tuesday, her cousins Amy Duggar King and sister Jessa Seewald came to her defense on their social media.

“Getting messages about headlines about Jana. Bottom line — it was an innocent mistake,” wrote Jessa on her Instagram story. “She was babysitting and one of the kids slipped out the door unnoticed, but it ended safely. Could’ve happened to anyone.”