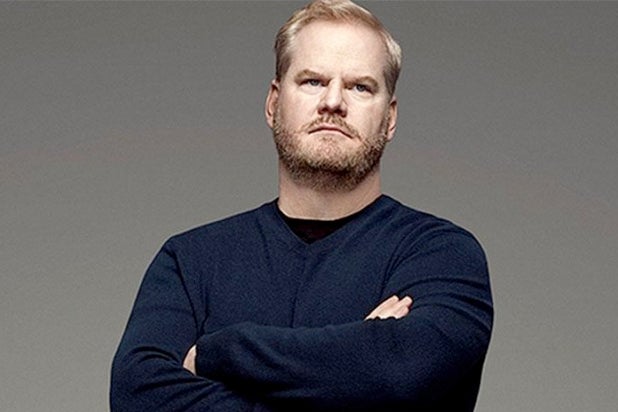 Jim Gaffigan and comedy legend Carl Reiner have joined the voice cast of Original Force Animation’s first animated feature “Duck Duck Goose,” while Mark Isham has come on to compose the score, it was announced Tuesday by the company’s co-presidents Sandra Rabins and Penney Finkelman Cox.

“Duck Duck Goose” is the first of three feature animated films currently in production at Original Force Animation, one of China’s most prominent digital animation studios. The company opened a Los Angeles-based production and development office in 2015, led by Finkelman Cox and Rabins.

“We could not be more thrilled to have Jim Gaffigan and Carl Reiner adding their comedic talent to our film,” said Rabins and Finkelman Cox. “We love the way this cast has come together and we are enormously excited that their work will be given additional heart and soul through the magic of Mark Isham’s score.”

“With the comic talent of Jim Gaffigan and Carl Reiner you stand back and let the jokes come. It’s a complete thrill to work with talent of this caliber. Add to that the sparkling musical talent of composer Mark Isham and it’s easy to see how we have something special coming together,” added director Christopher Jenkins, who wrote the script with Rob Muir.

Jenkins previously collaborated with Finkelman Cox and Rabins on “Surf’s Up” when the duo launched Sony Pictures Animation. Rabins and Finkelman Cox are producing the feature along with Viola Chen.

Gaffigan is a Grammy-nominated comedian and best-selling author who recently wrapped the first season of his semi-fictitious television series “The Jim Gaffigan Show,” which TV Land picked up for a second season that will air this summer. He recently became one of only ten comics in history to sell out Madison Square Garden. Gaffigan recently co-starred in the indie movie “Experimenter” and will soon be seen alongside Liev Schreiber and Naomi Watts in the boxing movie “The Bleeder.”

Isham composed the score for Paul Haggis‘ Oscar winner “Crash” and earned an Oscar nomination himself for his work on “A River Runs Through It.” He recently worked on “American Crime” and the upcoming Ben Affleck movie “The Accountant.”

Original Force’s Rabins and Finkelman Cox have overseen such animated movies as “Shrek,” “Cloudy with a Chance of Meatballs,” “Surf’s Up” and “The Prince of Egypt.” The company has nearly 1,000 employees across its Los Angeles, Beijing, Nanjing, Shanghai and Chengdu offices. Chinese digital-entertainment giant Tencent is a strategic investor in Original Force and together, they’re developing a movie based on the game “QQ Speed.”