This will light your fire: A new documentary is in the works about the iconic frontman of The Doors, Jim Morrison.

Gunpowder & Sky, the production company behind the recent documentaries on Lil Peep and Tekashi69, is working with the Jim Morrison Estate, JAM Inc. and Jeff Pollack on the film. It will feature newly unearthed personal diaries, home movies and more from Morrison’s short but storied life.

No director is attached as of now. The film aims to show Morrison’s many dimensions and comes on the heels of a recently published book, “The Collected Works of Jim Morrison,” that includes his poetry, journals, transcripts and lyrics. 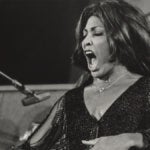 The as-yet-untitled documentary will be developed in conjunction with the Morrison estate and JAM, Inc., and will be produced by Gunpowder & Sky, Jeff Jampol and Jeff Pollack of FourScore Entertainment.

“Our job is to guide, protect and connect our clients’ extraordinary legacies to fans both old and new, while always maintaining the highest standards of credibility and authenticity,” Jampol, CEO of JAM, Inc, which oversees the legacies of Morrison and other artists, said. “I can’t think of a better partner than Gunpowder & Sky to help us introduce the timeless art of Jim Morrison to potential new generations of fans around the world.”

“Ever since the day my big bro brought home ‘The Soft Parade’ by The Doors, I was equally enraptured and scared by the prescient and sometimes haunting lyrics of Jim Morrison,” Van Toffler, CEO of Gunpowder & Sky, said in a statement. “He had such a wonderfully unique and fearless approach to it all, and as Jim said: ‘One shouldn’t take life so seriously, no one gets out alive anyway.’” 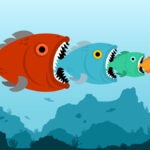 Also Read:
Van Toffler on Why the Indies Will Survive (Guest Blog)

Morrison died in 1971 at the age of 27. In addition to his work with The Doors, he also published three volumes of poetry and was a filmmaker and screenwriter.

Gunpowder & Sky is behind both “69: The Saga of Danny Hernandez,” and “Everybody’s Everything” about rapper Lil Peep, which premiered on Hulu and Netflix, respectively. The studio also has a multi-project deal with Audible for Words + Music Originals that has featured collaborations with Billie Joe Armstrong, Sheryl Crow, St. Vincent, Smokey Robinson, Alanis Morissette, Gary Clark Jr., Sting and more.