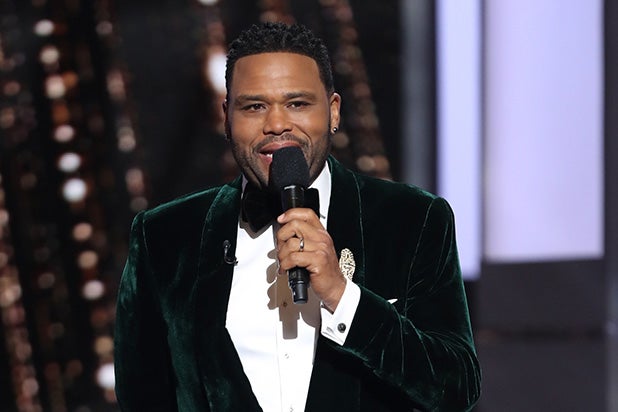 With Jimmy Kimmel taking a break from hosting his ABC late-night show this summer, the network has lined up “Black-ish” star Anthony Anderson and “Billy on the Street’s” Billy Eichner as the show’s first round of guest hosts.

Anderson will host the episodes airing Monday, July 6 and Tuesday, July 7, before Eichner takes over for July 8 and 9.

ABC also announced the list of guests for next week’s shows, which includes Anderson’s “Black-ish” co-star Tracee Ellis Ross; NASCAR driver Bubba Wallace, who was recently the victim of what was initially believed to be a hate crime; comedian D.L. Hughley, who collapsed on stage at a show last week and was later diagnosed with COVID-19; and “Pose” star Billy Porter. See the full lineup below.

Also Read: With Jimmy Kimmel on Vacation, How Will Late-Night Shows Rank This Summer in Ratings?

Kimmel’s summer hiatus was announced late last month, with the host citing a desire to take a break from doing the show everyday and spend time more time with his family. The announcement came at a time when Kimmel’s history of wearing blackface to impersonate celebrities was being resurfaced once again, leading to some speculation that the two were related. However, in a statement of apology last week Kimmel denied that was the case.