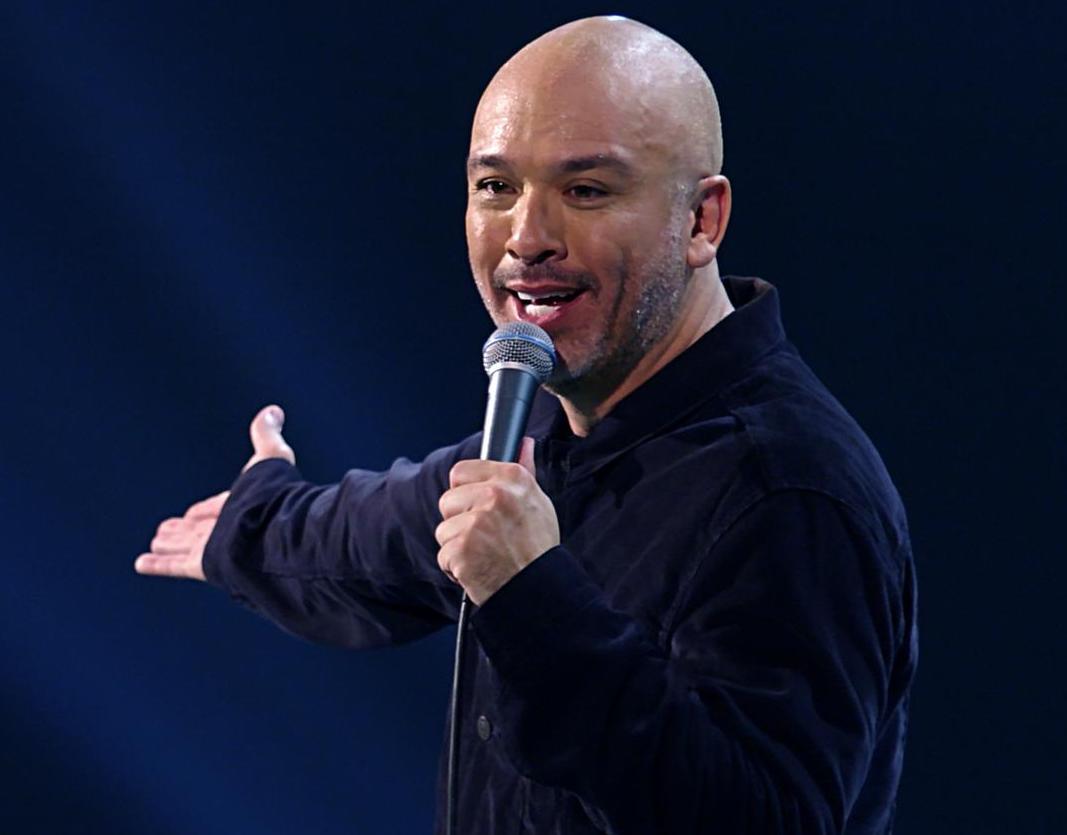 Though we seem to be at the peak of a new era in stand-up comedy, Jo Koy took a decidedly old-school route on his path to fame. From his beginnings in a Las Vegas coffee house (at the behest of his mother, of course) 25 years ago to now selling out arenas, Koy has taken the steady path to where he is today.

Instead of a singular viral moment propelling him to fame, or on the contrary, an infamous incident that landed him in trouble, Koy has plugged away for years on the comedy circuit and doing everything possible to gain new fans. That meant touring relentlessly, appearing on podcasts — including his own — and more recently, Netflix stand-up specials.

“Those specials helped, 100%,” he said. “The times too. When I mean the time, I mean this is the time when everyone wants to hear this stuff,” referring to his style of comedy. “I feel like comedy is bigger than ever now and put in the work and it’s the time to shine.”

His relatable style of comedy — which focuses on “laughing at ourselves type of behavior” and looking at reality (including inside at his family) — when combined with an accessible social media presence, makes it understandable as to why Koy has seen his profile grow in recent years. He doesn’t talk about politics or Hollywood gossip. Instead, he’s more attuned to traditional comedic storytelling and its what he said he’s always personally appreciated listening to in other comics that he’d melded it into his own.

“I feel like I’m being raised up and carried right now,” he said. “I feel like there are so many people who are so proud to hear their voice and its a voice that I’m giving them and I love that. I think people really like listening to the stuff that is more or less happening at their home instead of hearing the bad stuff that’s happening out in the world. I think people are gravitating toward that right now and enjoying it.”

Being able to laugh at and not taking himself so seriously is what makes Koy’s comedy so broadly reaching. He’s mastered making fun, lighthearted videos on Instagram, as his 826,000 followers would attest. And don’t forget about his forthcoming TruTV series, “This Functional Family,” either. Koy does it in a way where he describes it as not annoying or it feels like he’s pushing a business.

Of his appearances, it’s Koy’s chemistry with Adam Carolla that’s enhanced his profile over the years. Koy has been a frequent guest on the “Adam Carolla Show” to the point where fans who recognize him think he’s part of the crew instead of a regular.

“He loves me on there and we have a good chemistry together,” he said of his relationship with Carolla. “I think he enjoys it when I cut him off — and I think it’s what he enjoys the most. The guy can riff for an hour and a half without any help. I think when he has that banter, he enjoys it.”

Not bad when you factor in that Koy went from slinging shoes at Nordstrom Rack to racking up sold-out after sold-out show — which spans from comedy clubs to basketball arenas.

Recently, Koy joined the ranks of Metallica and Dead & Co. to sell out San Francisco’s newly-minted Chase Center and became the latest headlining comic to sell out the Forum in Los Angeles, which has since added a second date slated for February of next year.

“It’s really hard to put your head around it,” Koy said. “I’ve been waiting my whole life for it and this moment. I never forget to be present and really take it all in instead of it being like fast food.”

Now, not only has he performed at many of the bucket list places — Radio City Music Hall, Forum and DAR Constitution Hall — he’s selling them out. “I need to create a new bucket list!” he exclaimed incredulously. “It’s crazy right now, and I don’t want to curse myself, but what the f— is going on?!”

“We’re in this sensitive era right now and people just want to laugh,” he said. “We don’t want to feel bad for anything anymore. I think that’s what’s happening with stand-up. I think — if anything — I’m making fun of myself for 30 minutes so if I can laugh at myself, you can laugh at yourself. I think people are more comfortable with that and they’re like ‘We do the same s—.'”