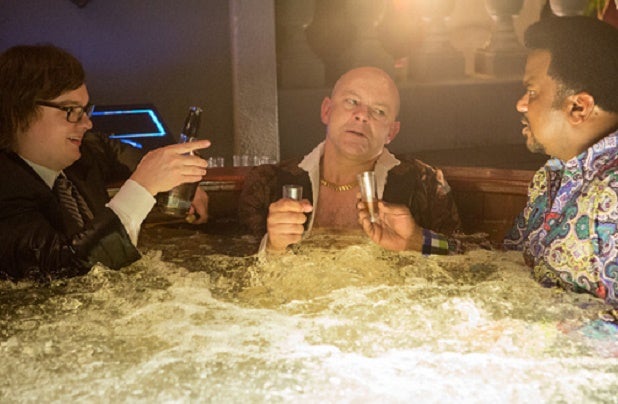 The actor starred in the original movie, but his return probably wouldn’t have prevented the comedy sequel from tanking at the box office this weekend.

“Hot Tub 2” debuted with a disappointing $5.9 million over the weekend, below expectations that were low to begin with.

That’s a steep comedown from the original film, which opened to $14 million in March 2010 and took in $50 million domestically and another $14 million from overseas for Metro-Goldwyn-Mayer. On top of that, it became a hit on DVD, particularly with the bong squad.

“Hot Tub 2” had a $14 million production budget and marketing costs on top of that, so it’s a loser for Paramount Pictures and MGM. They co-produced, with Paramount handling the domestic release and MGM taking some international territories and worldwide TV.

Fans of the first film saw trouble brewing when Cusack made the decision to pass on the sequel last year, which inspired an open letter in Time Magazine pleading for him to reconsider. His decision left a void that his replacement, Adam Scott, and returning cast members Rob Corddry, Craig Robinson and Clark Duke couldn’t fill, according to the critics. They torched the sequel, leaving it with a leaky 13 percent positive rating on Rotten Tomatoes.

We’ll never know how “Hot Tub Time Machine 2” would have done had Cusack returned. And he won’t get another chance, because it’s very unlikely there will be a second sequel.