Brendan Gleeson is the latest to join Joaquin Phoenix and Lady Gaga in the cast of “Joker 2,” titled “Joker: Folie à Deux,” at Warner Bros., an individual with knowledge of the project told TheWrap.

The DC film about the Batman supervillain is slated for release on October 4, 2024, and Zazie Beetz is also expected to return to the cast, reprising her role from the original movie.

Any character details about Gleeson are unclear. Production is expected to begin in December. Warner Bros. did not return a request for comment.

Todd Phillips is directing “Joker: Folie à Deux” after making the original “Joker” an R-rated box office smash, the first R-rated movie to break $1 billion globally. He also wrote the sequel alongside Scott Silver, who wrote the first “Joker” from 2019. 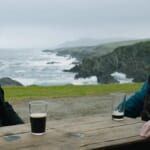 The title “Folie à Deux” roughly translates to “shared madness,” which may be a comment on how the Joker tapped into the boiling rage in Gotham City over its growing inequality, leading to the original film’s dramatic climax in which Batman’s future arch nemesis dances on top of a police car as a rioting crowd cheers him on.

Gleeson is known for his roles in “In Bruges” and the Harry Potter franchise and is an Emmy winner for playing Winston Churchill in 2009’s “Into the Storm,” and he was also nominated again this year for the series “State of the Union.” He’ll next reunite with director Martin McDonagh and Colin Farrell from “In Bruges” on “The Banshees of Inisherin,” which makes its premiere at TIFF this month. 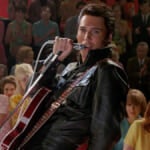