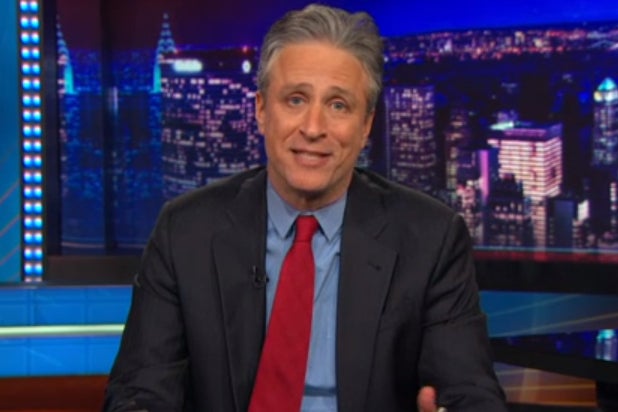 “She said she did not use the government email, rather she used her personal email, because she did not want to have two phones,” the Comedy Central host set up.

After a moment of speechlessness, the comedian sarcastically said, “I mean, that’s a super-hassle to have two phones.”

“Isn’t she surrounded by people? Doesn’t she have, like, a sandwich team?” he wondered aloud. “She couldn’t be like, ‘Hey man could you hold this other phone for me?’ Guess not.”

Also Read: Hillary Clinton on Email Controversy: ‘It Was a Matter of Convenience’

Watch that brief opening video, along with the other segments from Tuesday’s “Daily Show” — which include a Lewis Black rant on circus elephants: