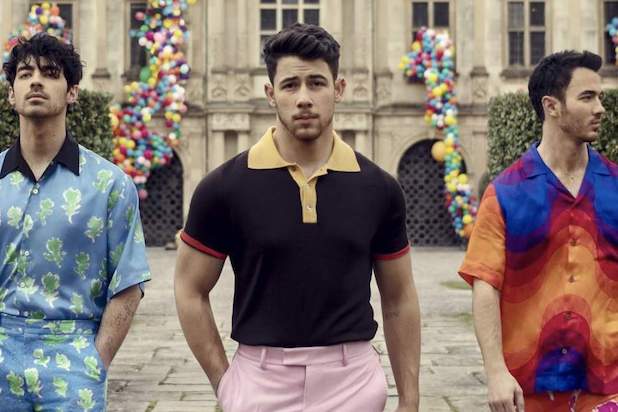 Ready to get sucker-punched by some more Jonas Brothers news? Great, because you might want to be sitting down for this one: Amazon Studios, the Jonas Brothers, Philymack and Federal Films, a division of Republic Records, are partnering on an upcoming documentary about Kevin, Joe and Nick Jonas, a.k.a the Jonas Brothers.

The film will premiere exclusively on Amazon’s Prime Video in more than 200 countries and territories, the streamer announced Monday. More details about the documentary, including a premiere date, will be announced later.

“Our fans are the best in the world and have shared in our journey as the Jonas Brothers and us as individuals,” the Jonas Brothers said in a statement. “In releasing this documentary we wanted to make sure we partnered with an innovative platform, like Amazon, that could reach our fans around the world.”

“Amazon Prime Video is proud to be the exclusive home for a very personal, behind the scenes look at the Jonas Brothers as they reunite for this exciting tour,” Jennifer Salke, Head of Amazon Studios. “Experiencing the brothers back together again is the news that everyone hoped for and we can’t wait to share this intimate and compelling documentary special with all of our customers.”

The brothers rocked the world last week when they reunited for the surprise drop of “Sucker,” their first original release in nearly six years and under their new partnership with Republic Records. Not to mention that music video.