Sen. Josh Hawley (R-MO) immediately began trending after Thursday night’s Jan. 6 hearing revealed footage of him running away from the same mob of Trump supporters he “riled up” and raised a fist to salute.

Thursday’s hearing focused on the actions (and inaction) of President Donald Trump during the early hours of the Jan. 6 assault on the capitol — and those of his most loyal supporters, including Hawley, who was seen fleeing the rioters in a seconds-long snippet of footage.

“Senator Josh Hawley also had to flee,” Rep. Elaine Luria (D-VA) laid out. “Earlier that afternoon, before the joint session started, he walked across the east front of the Capitol.” 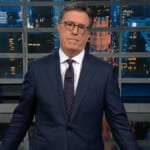 Luria displayed the now-infamous photo of Hawley fist-saluting the crow on the morning of Jan. 6.

“As you can see in this photo, he raised his fist in solidarity with the protesters already amassing at the security gates,” she said. “We spoke with a Capitol Police officer who was out there at that time. She told us that Senator Hawley’s gesture riled up the crowd, and it bothered her greatly because he was doing it in a safe space, protected by the officers and the barriers.”

On Friday, Hawley fired back at the committee in an interview with Fox News Digital, saying he didn’t regret anything he did on Jan. 6, 2021.

“I would do it again,” Hawley said, referring to his raised fist gesture to protesters early in the day, images of which went viral. 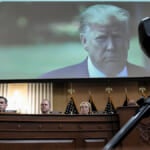 In the Jan. 6 hearing room Thursday night, the video evidence of Hawley fleeing elicited an immediate outburst of laughter.

It also provoked an instant social media roasting and meme-ification for Hawley.

“‘Hawling ass’ is now an American term…and gotta tell you…can’t wait for the 2024 Senate campaign. We are never forgetting any of it @HawleyMO and neither will you,” said another.

You’ll even find a thread filled with videos of Hawley running, all set to different soundtrack needle drops, from the “Benny Hill” theme (of course) to “Born to Run” 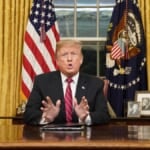 Also Read:
Watch Donald Trump Stumble Through Jan. 7 Speech Outtakes: ‘I Don’t Want to Say the Election Is Over’ (Video)

And those examples are just the tip of the iceberg. See a sampling of the many tweets below. 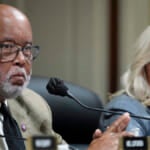