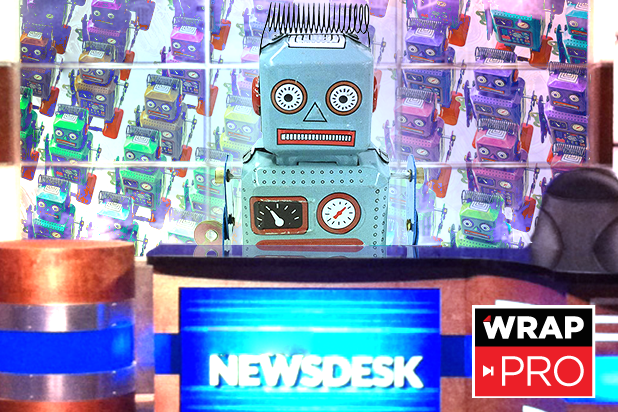 Will Journalists Be Replaced by Artificial Intelligence?

Is artificial intelligence poised to put thousands of journalists out on the streets?

It can certainly look that way, with AI creeping into journalism more each day.

An AI-powered — and eerily-human —  newscaster debuted late last year in China, and earlier this week Axios published a fake article using an AI program that’s capable of generating news posts that seem indistinguishable from its other stories. In recent years, legacy outlets like the Los Angeles Times and the BBC have turned to AI to write earthquake stories and curate programming schedules, respectively.

Advances in artificial intelligence — which enables machines to perform functions typically reserved for humans, and usually at a much faster clip — have led to disruptions in many industries in recent years. One report from the McKinsey Global Institute has warned that by 2030, machines could wipe out more than 800 million jobs worldwide.

That sounds like bad news for journalists. If AI systems can host the nightly news or produce clear, concise articles, it doesn’t seem to leave much room for humans.

But instead of spelling the end for human reporters, some experts are optimistic AI could usher in a golden age of journalism.

“Overall, what you’re going to see is more content and more interesting content, and AI is going to be the engine that drives us to that place,” Randy Picht, executive director of the Donald W. Reynolds Journalism Institute at the University of Missouri, told TheWrap.

Right now, Picht said AI mostly handles grunt work, like helping Bloomberg and the Associated Press churn out weather and financial earnings stories. The key is having “clean data,” Picht said; as long as the AI systems have access to the numbers needed to create a story, it can fill in the post with just enough color.

Before using AI tools, the Associated Press — where Picht used to work — “could only cover a fraction of companies every quarter, so they wrote about the biggest ones,” Picht said. “Maybe they did 200 companies a quarter, which is impressive considering the number of reporters they had. When they [started using AI tools], it jumped to 2,000.”

Rather than replacing reporters, Picht looks at AI as complementing reporters. By handling mundane posts, the technology frees reporters to investigate more complex stories. And perhaps most importantly, AI-powered computer programs are capable of quickly poring through troves of data and documents for particular keywords — something that would take days for a human to accomplish. “You couldn’t look through 80,000 pages of documents, but a computer can,” Picht said.

“It’s a very promising area for journalism, because it’s going to result in stories that were previously hidden from scrutiny, and now they’re going to be available for a journalist to explore,” Picht added.

AI researcher Yves Bergquist agreed, saying the robot takeover of journalism is currently restricted by AI’s own shortcomings. “Narrow” AI, which is able to accomplish a single task more efficiently than humans, hasn’t given way to “General” AI, where a system is able to do several things better than humans.

Also Read: Taryn Southern on Being First to Use Artificial Intelligence to Make Album: 'Sky Is the Limit'

Currently, AI is missing “two key aspects” when it comes to journalism, according to Bergquist: “context and abstraction.” An AI system can write a brief story about something President Trump said, for example, but it can’t give historical context or compare the new development to an event that happened in 1971. AI is also unable to think conceptually or seek out its own stories — a flaw that puts it behind human reporters.

Another “extremely important” factor, Bergquist said, especially when it comes to television reporting, is how an audience connects with a reporter. “There’s a reason evening newscasts vary so much in ratings while delivering the same news — it’s because of different personalities,” Bergquist said.

AI-powered anchors like the one in China come across as synthetic and clunky — something Bergquist said will take up to 20 years to completely overcome. And even then, humans will still likely prefer to get their news from a living, breathing sentient being, he said.

So for now, J-school students don’t need to worry about dropping out because AI can handle basic news stories. AI, according to the experts, is something that is helping — and will continue to help — journalists, rather than put them out of a job.