Kasie Hunt announced on MSNBC’s “Way Too Early” Friday that she’ll be departing the network and NBC News, where she served as the early-morning anchor and Capitol Hill correspondent. A report from Variety shortly thereafter said she’s heading to CNN to help the brand expand its streaming coverage.

“I’ve got a little bit of bittersweet news from me this morning. This is going to be my final broadcast with all of you up ‘Way Too Early.’ I’ve really loved spending most of the last year with all of you, seeing pictures of your pets and your babies and learning why you’re awake and watching and, of course, bringing you the news,” said Hunt, who started hosting the 5 a.m. ET show in fall of 2020. 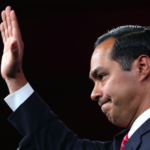 Hunt, who joined NBC News in 2013, went on to thank her colleagues, especially “Morning Joe” co-host Mika Brzezinski, and “the amazing teams who make this show happen every morning.”

She told viewers that she will have more to say about her next venture soon. The Variety report came later in the morning. A CNN representative did not immediately return a request for confirmation.

Watch her announcement above, via MSNBC.