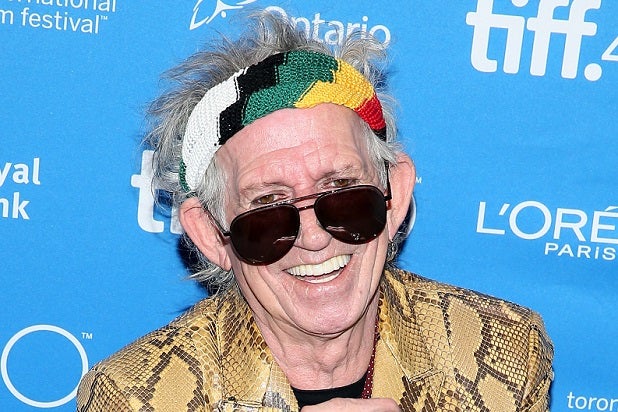 Keith Richards has apparently added Led Zeppelin and The Who to his diss list.

The Rolling Stones guitarist, who in recent months has characterized The Beatles’ landmark album “Sgt. Pepper’s Lonely Hearts Club Band” as “rubbish” and slammed Black Sabbath as a joke, turned his poison tongue to Led Zeppelin and The Who in an interview with Rolling Stone published on Wednesday.

Reflecting on Zeppelin, Richards characterized the group as “a little hollow.”

“I love [Led Zeppelin guitarist] Jimmy Page, but as a band, no, with [drummer] John Bonham thundering down the highway in an uncontrolled 18-wheeler. He had cornered the market there. Jimmy is a brilliant player. But I always felt there was something a little hollow about it, you know?”

Turning his attention to The Who, the ax slinger dismissed vocalist Roger Daltrey as “all flash,” and opined that drummer Keith Moon’s playing was a “disaster” outside of the bubble of his group.

“[Moon] could play to Pete like nobody else in the world. But if somebody threw him into a session with somebody else, it was a disaster,” Richards assessed. “There’s nothing wrong with that; sometimes you’ve got that one paintbrush, and you rock it. I just was never really interested in that many English rock ‘n’ roll bands actually, at all.”